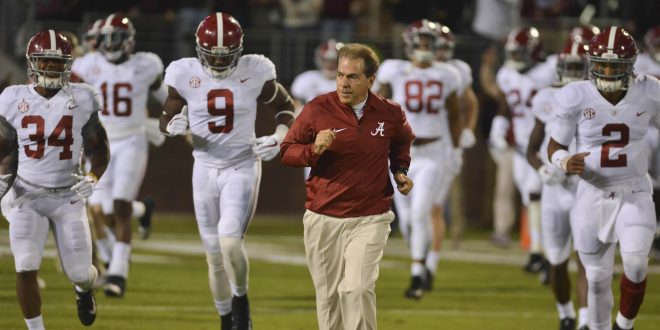 The Alabama Crimson Tide are ready to take on the Mercer Bears this weekend following a tough road victory over Mississippi State. Alabama is back in a familiar position, ranked No. 1 in the most recent College Football Playoff rankings. Mercer is an FCS program and has a lackluster 5-5 record on the season. A showdown next week with the Auburn Tigers is looming, but Alabama is doing their best to remain focused on the present.

Back on top! #RollTide! pic.twitter.com/RCr2cCaM0B

If it were up to Alabama head coach Nick Saban, the Crimson Tide would not be playing Mercer this week. He says he wishes his team played all power-five conference schools and thinks it would be better for the fans. However, Saban did add the game is a great opportunity for the Mercer players, as he had similar experiences while playing at Kent State.

Saban has seen a bounty of impressive players throughout his years in Tuscaloosa. Saturday will be senior day for the Crimson Tide and Saban says this group, about to play their final game at home, has made a tremendous contribution to the program.

The pre-game ceremonies will be all about the seniors, but the actual game may permit significant playing time for some younger players. Saban says he thinks this game will allow his players to gain valuable experience and help them gain confidence. He says that his team has respect for Mercer and expects his players to play to Alabama standards.

Alabama will be without starting left guard Ross Pierschbacker. They’ll also be missing four linebackers and defensive back Minkah Fitzpatrick is questionable with a hamstring injury.

The Crimson Tide will be looking to continue to their dominant success on the ground. They lead the SEC with 270.8 rushing yards per game. Junior Damien Harris leads the way with 8.4 yards per carry and has 11 touchdowns on the season.

In typical Alabama fashion, the defense has also been quite the force. They’re second in the country in total defense surrendering only 252.4 yards per game. They’re also No. 1 in scoring defense. The Crimson Tide give up an average of 11.2 points per game.

Game time is set for noon on Saturday.

I'm an above-average golfer with surprisingly great touch around the greens. Click on my twitter link for some sports talk.
@Ry_McGinn
Previous Around the MLB: Scherzer and Kluber Awarded Cy Young
Next NFL Preview: Titans Visit Steelers 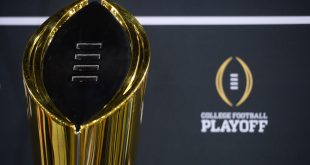 Look Ahead at First CFP Ranking

It is officially November, which means it is time for the first College Football Playoff …