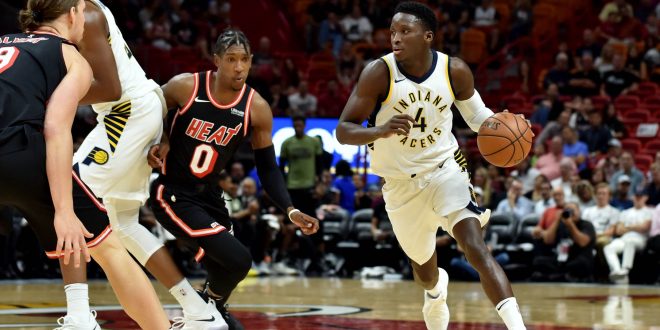 Heat Struggle on Both Ends In Blowout Loss to Pacers

The Miami Heat have showed a lack of offensive consistency this season and didn’t find many solutions against Indiana. The Heat shot only 42.2 percent from the field, had 17 turnovers and only made 13 of their 37 three-point attempts in Sunday’s loss. Miami ranks 27th in points per game and has had the fourth most turnovers per game in the league. The Heat settled for threes instead of looking for the best shot, were careless with the ball and played passive basketball. Wayne Ellington was a small bright spot for Miami, scoring 21 points on seven threes off the bench.

What’s going on in the third quarter?

The Heat had possibly their worst defensive effort of the season on Sunday. Miami looked a bit slow all night, leaving men open and allowing Indiana to get almost any shot they wanted. The Pacers shot 60 percent from the field and scored 120 points against the Miami defense. The Pacers also shot 47.8 percent from three, making 11 of 23 attempts. Bojan Bogdanovic led the Pacers with 26 points and Myles Turner has 25 points, 7 rebounds and 4 blocks. Indiana had 6 different players score in double digits.

Miami has a lot to assets right now and may need to make some drastic changes in order to turn their season around. Coach Erik Spoelstra says he will find a way to get his team playing “Miami Heat basketball” again.

Miami’s next game is on Wednesday against the streaking Boston Celtics, who have won 15 straight games. Tip off is at 7:30 p.m. ET in Miami.