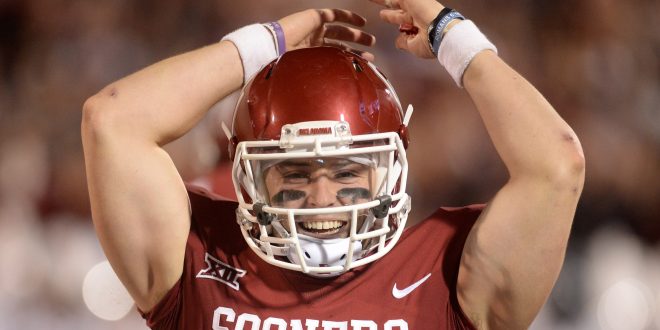 After making a lewd gesture toward the Kansas crowd, during the Oklahoma-Kansas game, the Sooners beat the Jayhawks 41-3. Oklahoma’s head coach Lincoln Riley announced quarterback Baker Mayfield would not be named captain in OU’s last regular season game. He will have to come off the bench.

The news brought Mayfield to tears.

Mayfield is no stranger to controversy. He was arrested on February 25, 2017, in Washington County Arkansas. Charges included public intoxication, disorderly conduct, fleeing and resisting arrest. During court on April 7, Mayfield pleaded not guilty to all the charges. On June 15, Mayfield was ordered by the University of Oklahoma to do 35 hours of community service in addition to completing an alcohol education program.

Mayfield has been a consistent Heisman contender since coming to OU. He finished fifth on the ballot in 2015 and finished third as a finalist in 2016. Although his lewd gesture in the Kansas game raised some concern about his Heisman hopes, it should not affect his chances too much, as implied by ESPN’s Booger McFarland.

Oklahoma will finish the regular season against the West Virginia Mountaineers this Saturday. And then, they will be on to the Big 12 Championship Game on December 2. 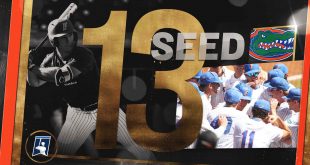 After reaching the championship game in the SEC tournament, the Florida Gators are set to …