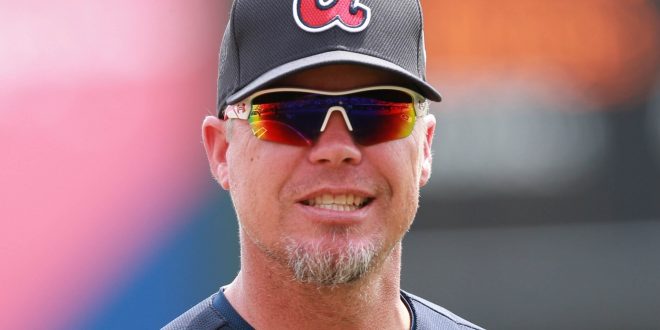 Chipper Jones, 1 of 19 players on the 2018 @baseballhall ballot ⚾️ pic.twitter.com/ebk7gNumJL

The ballot has 33 total names included on the list. Along with Chipper and Andruw Jones, familiar names such as Barry Bonds, Roger Clemens, and Vladimir Guerrero are also among the group.

The complete list of players on the BBWAA Hall of Fame ballot:

Livan Hernandez, a Cuban pitcher with 17 seasons under his belt for nine different teams, was Most Valuable Player in both the 1997 NL Championship Series and World Series for the Marlins.

Johnny Damon had 2,769 hits and played for both the 2004 World Series-winning Red Sox and the Yankees’ championship team of 2009. Also loved for his long locks while playing in Boston.

Hideki Matsui, the Japanese slugger who came over into the MLB at age 29, played 10 seasons winning MVP of the 2009 World Series in which he batted .615 with three homers and eight RBIs in the Yankees’ six-game win over the Phillies.

The three first-ballot entrees that could be inducted in the first year include the two Jones and Jim Thome – who is 8th all-time in home runs with 612 total homers.

When is the Vote?

The vote will take place in January 2018.

Originally from Ocala, Florida. University of Florida Class of 2017. Avid FIFA player willing to beat anybody. Follow me on Twitter for everything you need to know!
@JoshLaSelva
Previous Oklahoma Quarterback Baker Mayfield Loses Captaincy
Next David Reese Looking Forward to Florida State

Two years ago, the LSU Tigers accomplished one of the greatest college football seasons ever …