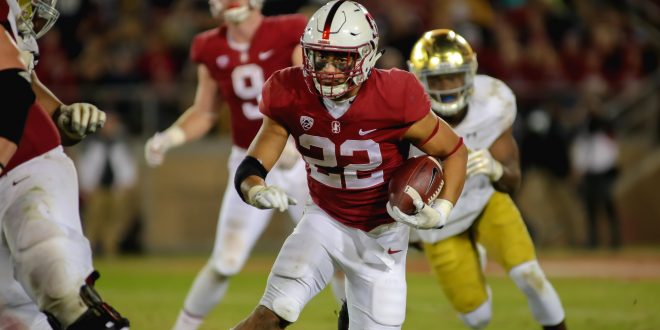 The Stanford football team is ready for a rematch against the University of Southern California. After a 42-24 loss earlier in the season, they are looking to come back with a win for the Pac-12 Football Championship.

The North division has won every Pac-12 Football Championship since it first started in 2011.

With a 9-3 record for this season, Stanford is 1st in the Pac-12 North. They ended their season with three wins in a row. When asked about the upcoming game, Coach David Shaw says, “We’ve got to limit their explosive plays.”

One of Stanford’s key players, and one of the best running backs in the nation, Bryce Love, is trying to recover from several ankle injuries that occurred during the season.  The lack of a bye week could potentially have a negative effect on his game if he does not have enough time to recover.

The Trojans finished out their regular season 10-2 and 1st in the Pac-12 South. They are coming off a bye week after playing 12 consecutive games.

Head Coach Clay Helton is very pleased with the extra week to prepare for this game. “The biggest factor for us is we were a tired and beat up football team that needed a week to regroup and get healthy.” Some experts are betting that USC is going to be the first Pac-12 South team to take home the championship win. Even though they are the favorite for this game, USC football still needs to be cautious and aware of the changes that have occurred since they beat Stanford early in the season.

With a new quarterback and a changed defense, Stanford could surprise a lot of fans and finish with a win.