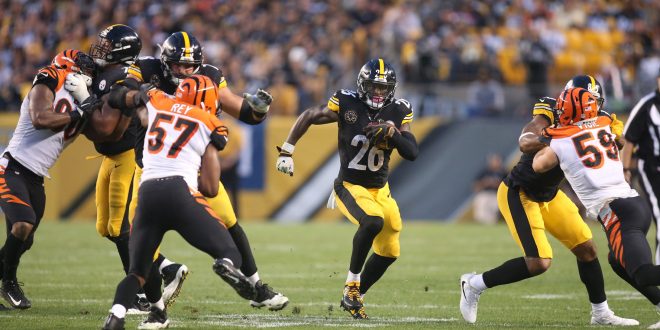 The 9-2 Pittsburgh Steelers will visit the 5-6 Cincinnati Bengals in an all-AFC North matchup on Monday Night Football, kicking off at 8:30 p.m. on ESPN.

The Steelers have won their last 6 games this season and have taken the previous five meetings against the Bengals, dating back to December 2015.

In fact, their highest rank for offensive output is their points per game at 18.1, good for 25th in the NFL.

The Bengals quarterback has played well in recent weeks, keeping his turnovers to a minimum. In his last 3 games, Dalton has thrown seven touchdowns and no interceptions.

Granted, the Bengals’ last two games have come against the Broncos and Browns, who’ve lost a combined 37 games in a row. It’s fair to say that Dalton hasn’t been tested significantly in those games.

However, this game will be different. Pittsburgh have allowed the fewest total yards per game in the NFL this season. Dalton will need help from the run game, which has been absent most of the season for the Bengals, as the Steelers defense has allowed less than 200 passing yards per game, which won’t be enough for Cincinnati.

The Bengals defense needs to pressure Big Ben into turnovers, which he has shown that he is prone to committing. That could be the difference in a win or a loss for the third-place team in the AFC North.

Roethlisberger calls this Monday Night Football game the biggest of the Steelers season.