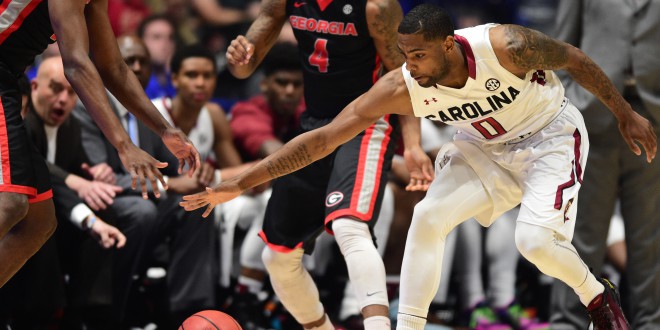 The Gamecocks are preparing to take on an SEC rival, the Georgia Bulldogs. With their 10-6 record, the Gamecocks don’t appear to be that frightening. They’re 11th in the SEC, nearly a 180 from where they were headed this time last year. If they want to make it back to the final four, they’ve got to show Georgia that they’re actually up for that challenge. In Athens. Tomorrow. Good news for the Gamecocks is, they came out on top against Georgia the last two times they met.

Coming off a loss from Alabama, South Carolina needs to earn their first on the road SEC win. Georgia would be the perfect place to do that. Guard Wes Myers lead the Alabama game with just 15 points. If he can get his shooting percentage up, he can begin to lead the team in the right direction. If Chris Silva can have better luck with penalties, maybe he can get his team-high PPG more than 15.4

8-0 at home is certainly a key factor in this game for Georgia. If they can take advantage of their home turf, they can break the Gamecock’s streak against this 11-4 SEC team. Mark Fox is also on his 9th season as head coach, and I wouldn’t be surprised if we see him setting higher expectations this year. Yaten Maten has also been standing out this season. He was named to the Midseason Top-25 list for the John R. Wooden Award.  Maten ranks second in the SEC in scoring, at 19.3 PPG. He’s first in rebounding at 8.9 rpg. This is the Bulldogs’ second Saturday game that has sold out.

Tipoff for this game is at 1.

Keep a close eye on @UGABasketball Mark Fox has an older team and star in Maten. 4 Top 50 RPI wins. Only Purdue and Villanova have more