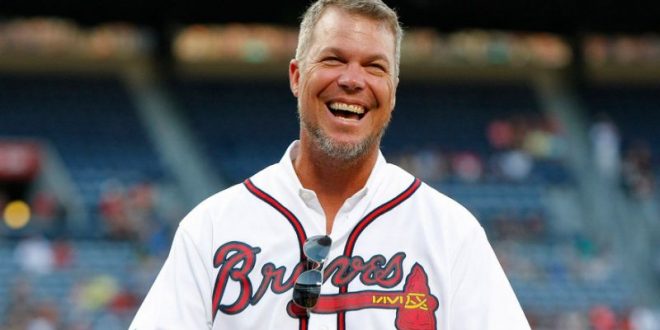 Larry Wayne “Chipper” Jones is about to join legendary status this Wednesday when his name is announced at the Hall of Fame induction ceremony. Ranking among one of the best switch-hitters and third-basemen to have ever played, there’s no reason why he shouldn’t be alongside Cooperstown’s greatest statues.

Jones was the top overall pick in the 1990 draft when he was selected by the Braves. He stayed in the minor league until 1993 when the Braves officially called him up to the Majors. At the time, he debuted as the youngest player in the MLB. Unfortunately, Jones tore his ACL and had to sit out the entire 1994 season. 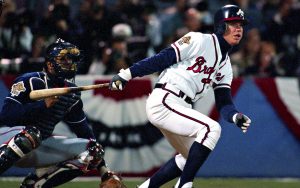 Fast forward five years later, and Jones was collecting his NL MVP trophy. He slammed in 45 home runs and became the first player to do so while

The six-time All-Star stayed with the Braves throughout his entire 19-year career. He amounted to a World Series title in 1995, the Braves first title since 1957.

The issue is not whether Jones makes it into the Hall of Fame or not. But by how many votes will he be inducted? As of now, he’s combined a total of 98.5 percent of the 195 votes that have already been submitted, according to MLB.com.

The percentages are high, as he would be among seven other Hall of Fame inductees if his 98.5 votes remain the same until Wednesday. Those seven being Ken Griffey Jr., Tom Seaver, Nolan Ryan, Cal Ripken, George Brett, and Ty Cobb.

Jose De Jesus Ortiz, a writer from the St. Louis Post-Dispatch and former national president of the Baseball Writer’s Association of America is not pleased with Chipper Jones nomination for the Hall of Fame.

Ortiz will be leaving Jones’ name out of the ballot because of his outrageous remarks on Twitter back in 2015, regarding the Sandy Hook Elementary school shooting. Jones claimed that the school shooting that left 20 children dead was a hoax and later apologized to the public also via Twitter, according to Yahoo Sports.

Ballot #6 is from Jose de Jesus Ortiz. Chipper Jones will not be unanimous. Bonds loses his first vote. Edgar, Mussina, and McGriff gain a vote. In the Tracker: https://t.co/EHQYbIMnWo pic.twitter.com/7tMlSk3Pge

There is no doubt that Chipper Jones will make it to Cooperstown victorious. Regardless of his opinions, his baseball career was phenomenal. It’s up to the Baseball Writer’s Association of America to decide whether he gets inducted unanimously or not.

Recent grad from the University of Florida. Editing all articles on here while helping out the newbies. Love all things basketball.
@@MarcoJMartinez_
Previous Good Vikings Season Crashes Down
Next James Harden Leads the Rockets to a Win Over Miami 99-90