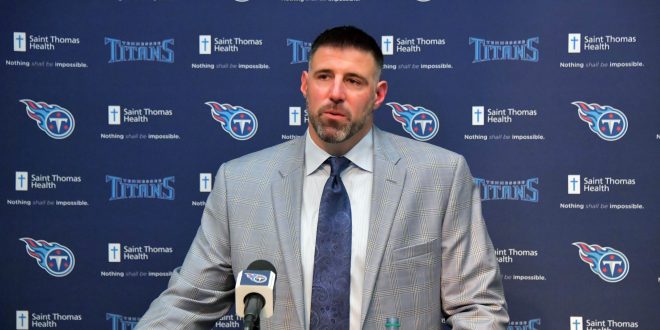 Heading into the Super Bowl, we are already starting to see some major head coaching changes in the NFL.

Pat Shurmur Goes to the Giants

The New York Giants announced the hiring of Pat Shurmur on Monday. The hiring came less than 24 hours after the former Minnesota Vikings offensive coordinator faced a major 38-7  loss against the Philadelphia Eagles in the NFC title game. In addition to the Vikings, Shurmur’s NFL history includes serving as the offensive coordinator of the St. Louis Rams and the Eagles and as head coach of the Cleveland Browns from 2011 to 2012 where he had a 9-23 record.

The Giants went 3-13 in the 2017 season with a struggling offense. This poor pre causing former head coach Ben McAdoo to get fired last month with four games left.

Shurmur also interviewed with the Arizona Cardinals, the Detroit Lions and the Chicago Bears. According to ESPN, Shurmur had his eyes on the Giants position before landing the five year contract.

Shurmur’s goals for the team

Shurmur has a few critical things to focus on as he gets settled. The Giants have the No. 2 overall pick in this year’s draft and he is set to be scouting prospects at this week’s Senior Bowl in Mobile, Alabama with GM Dave Gettleman. Although Shurmur has expressed his confidence in aging Eli Manning’s QB abilities, this year’s draft with candidates Baker Mayfield and Josh Allen is critical is molding his successor. Shurmur also has to fill in the blanks as far as his coaching staff. Former Oakland Raiders coach Jack Del Rio and current Steve Spagnuolo are contenders for defensive coordinator. Thomas McGaughey is being eyed for special teams coordinator (he was the Giants assistant special teams coordinator from 2007-2010  and more recently the Panthers’ special teams coordinator).

Mike Vrabel Goes to the Titans

Vrabel previously played for OSU, the Pittsburgh Steelers, the New England Patriots and the Kansas City Chiefs. In his coaching career, Vrabel served as the linebackers coach and then defensive coordinator for the Houston Texans for the past three seasons. Vrabel also interviewed with the Colts and the Lions.

Among things said at his introductory news conference Monday, Vrabel emphasized the importance of his relationship and his plans starting QB Marcus Mariota. He also referred to the NFL as having the “greatest farm system in the world” with coaches like Urban Meyer and Nick Saban developing their future stars.

Steve Wilks Goes to the Cardinals

After the Arizona Cardinals’ second consecutive season of not making the playoffs with a 8-8 record, Bruce Arians retired. He is to be replaced by Steve Wilks who signed a four-year contract with a team option for a fifth. The Cardinals were the last team to fill their coaching vacancy. During their search they also considered Patriots linebackers coach Brian Flores and Eagles QB coach John DeFilippo and defensive coordinator Jim Schwartz.

Steve Wilks has an extensive coaching career with 11 years at the collegiate level. During that time he was  head coach at Savannah State in 1999, which yielded a 5-6 record. He then was hired as defensive backs coach for the Chicago Bears before moving on to the San Diego Chargers. More recently, Wilks boasts some impressive results coming off of his six-year stint as defensive coordinator for the Panthers. In 2015, the Panthers led the NFL in interceptions. In 2017 they had the third most sacks in the NFL and gave up the seventh least yards per game.

Wilks has a few issues to tackle including getting a QB under contract. He’ll also have to find a new offensive coordinator for next season. But for now, he seems to have his players’ support in his favor.

he from west charlotte I love it ❗️