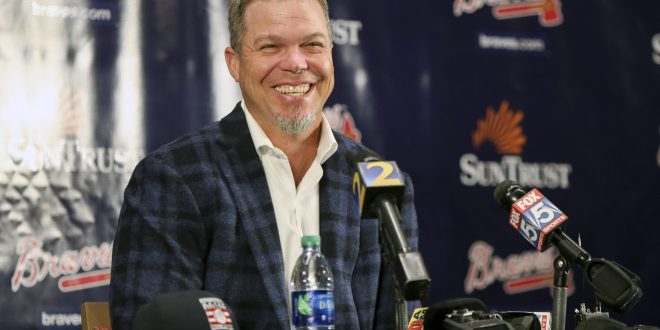 The votes are in. The newest members of the Baseball Hall of Fame are final. Four new members will be joining a very exclusive club.

Many know that baseball is a very technical game. The game changes from year to year. With younger, more athletic talent always coming in, the best players adapt instead of being left in the dust. Players who overcome their weaknesses and emphasize their strengths are one who make it to the Hall of Fame.

First Baseman Jim Thome did not have a great eye for the baseball. Consistently being in the top players for strikeouts, Thome found a way to adjust his game. Thome was able to get on base better than anyone in the league.

Thome attributed his success to his on-base percentage and said that he was able to overcome his strikeout problem.

Vladimir Guerrero also adjusted his game as well. Guerrero’s critics saw him as too aggressive at the plate and would swing at pitches well outside of his strike zone.

Guerrero found a way to adjust and went on to plat a historic career. A career batting average of .318 with 2,5090 total hits made him an easy decision for the Hall of Fame.

Every player takes the news differently. When they get the call, emotions range from relief to shock and happiness.

Trevor Hoffman gave some insight into how he felt when he got the call.

While Hoffman may have been a little surprised, his stats show that he belonged in the Hall of Fame. The seven-time All-Star relief pitcher threw for 1,133 strikeout and had 601 saves in his 18 year career.

Third Baseman Chipper Jones said that he felt he was joining his idols.

Jones’ stats shows he belongs. A career batting average of .303 with 2,726 total hits in his 23 year professional career. Jones also had 8 All-Star appearances and won the NL MVP in 1999.

The Hall of Fame is exclusive for a reason. Those who vote every year look to induct the best players of their generation. As a result, some players will be left out causing anger with the fans.

Barry Bonds saw his percentage of voting increase 2.6 percent from last year; Roger Clemens saw his vote rise by 3.2 percent. Clemens and Bonds saw a small uptake in their voting total, but in the end, it was not enough to get them into Cooperstown.

These two players, among others who came close, are considered some of the best of the generation. While there was frustration from their fans, they will have to wait until next year.