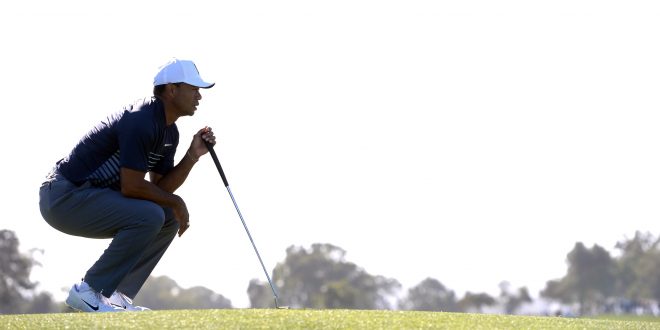 In his first 4-round PGA event since August 2015, Tiger Woods had some impressive moments and more importantly looked healthy at the Farmers Insurance Open.

After having his third back surgery in the last three years in April 2017, Tiger seems to finally be feeling good again. Woods has been battling back issues for almost four years. In March 2014, Woods withdrew from a tournament due to back pain. Since then, Woods has not been able to compete in pro golf consistently. The 2018 Farmers Insurance Open marked the first time Woods was able to complete a 4 round PGA tournament in almost 29 months, and he looked good doing it. Tiger looked comfortable throughout the tournament and there were no winces or grimaces from the 42-year-old golfer. His body held up and allowed him to focus on his game instead of his pain.

Woods Shows Some Bright Spots through the Rust

The expectations for Tiger Woods in this tournament were fairly low considering how long it had been since he competed in a PGA event. Tiger exceeded those expectations. There is no question that he was rusty and had some poor moments in the tournament. However, the good outweighed the bad for Woods. First off, his drive game needs a lot of improvement. Woods hit a career low 17 fairways. He hit the fairway just 9 times out of his final 42 attempts. However, Tiger made up for his lack of success with his driver with a great short game. Woods put together a decent score and made the tournament cut. He finished the day tied for 23rd with a -3.

THERE IT IS!@TigerWoods starts his back 9 with a BANG!

Tiger had some encouraging words about his Farmers Insurance Open performance.

Can this Comeback Be a Success?

As Tiger Woods attempts to come back yet again, this time around may be different from his previous attempts. Tiger looks healthier and better than he has in years. He showed the golf world that he still has some left in the tank. After a very positive outing in this tournament, Woods will turn his attention to his next event: The Genesis Open on the PGA tour, beginning on February 15th. Hopefully Tiger can build on the momentum of the Farmers Insurance Open and go into the The Genesis Open with confidence.