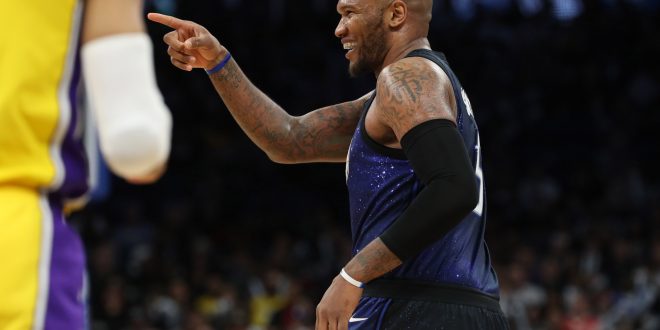 Florida’s NBA teams ended January on two different sides of the spectrum. The Orlando Magic’s big win over the Los Angeles Lakers was enough to put them in second to last place in the East. A missed buzzer beater from the Miami Heat against the Cleveland Cavaliers widened the gap for the East’s third seed.

The Magic scored 43 points in the third quarter to solidify the win over the Lakers. Former Gator Marreese Speights dropped 21 points, which led both teams in scoring. Six of Speights’ teammates followed his lead and put double-digits on the scoreboard. The Magic also made 56.3% of its shots from behind the arc.

The final score was 127-105. Both teams are struggling, but it was the Magic’s night to come out on top.

The Miami-Cleveland game was much more exciting from a viewer’s standpoint. Many expected a shootout after a recent ascendance from the Heat and a hand injury sidelining Cleveland’s Kevin Love for six to eight weeks.

At halftime, Miami led by two. And they remained competitive throughout the whole game, even though they only made 10.7 percent of their threes.

James Johnson on getting stopped on the last play: "He's LeBron."

But, the Heat know not to count out LeBron James better than any other team besides the Cavaliers themselves. In the last seconds of the game, confident Miami shooter James Johnson had the ball. But, LeBron’s “within centimeters of fouling” defensive style kept Johnson guarded, he missed the shot, and the Heat lost.

The final score was 91-89. Going into the game, the Heat were just half a game away from kicking the Cavs out of the East’s third seed. Now, they sit one and a half games behind Cleveland.

It means nothing. The Heat (29-22) still have a much better record than the Magic (15-35). And the fact that the Cavaliers are a much more competitive team than the Lakers skews this end-of-month statistic. For reference, the Heat went 10-5 in January, while the Magic went 3-10.