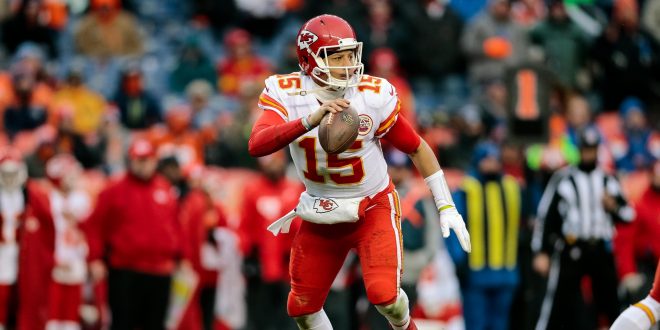 On Jan. 30, the Chiefs made a deal to trade their long-tenured quarterback, Alex Smith, to the Washington Redskins. Smith had played five seasons with the Chiefs and helped lead the team to four playoff appearances during that time. But there is a new face of the franchise now: Patrick Mahomes.

Mahomes will be entering his second year as the starting quarterback of a contending team. There is nothing but confidence for the 10th overall pick in the 2017 draft.

Many saw this trade as a shock for both teams involved. Alex Smith seemed to have earned another year as the franchise’s starter after another good year from him. However, falling short again in the playoffs may have led to this decision to ultimately move on.

Can’t say enough about the guy…. one of the best competitors and teammates I’ve ever been around. Someone who I owe a lot of my success to, and a guy that’s been a class act through all the ups n downs. Thanks for all the memories brotha! pic.twitter.com/OoGxBeOijY

Star running back Kareem Hunt talked about how the playoff loss was difficult, but he knows they will come back stronger this year with his new quarterback.

With Mahomes now at the helm, the Chiefs hope to revitalize their players and bring home a championship in the near future. Mahomes’ agent, Leigh Steinberg, says that Mahomes has been training for this opportunity his whole life.

Coming out of Texas Tech, Mahomes was highly touted for his arm strength. Impressing scouts with his in-game ability to make plays with his arm as well as in practice. Mahomes can bring a new dynamic that Kansas City has not seen yet.

While Alex Smith was considered one of the most accurate quarterbacks in the league, he was not known for his arm strength. With having his career-best 13 passes for 40+ yards this season, the Chiefs felt that Mahomes could do even better.

Mahomes averaged 8.5 yards per attempt in his final year at Texas Tech, good for 13th best in the nation. Many in the Chiefs’ front office feel that this dynamic of deep range football is just what the Chiefs need to push them over the top.

Hunt said that he looks forward to Mahomes in the huddle and is excited to see how his throwing ability translates to the NFL.