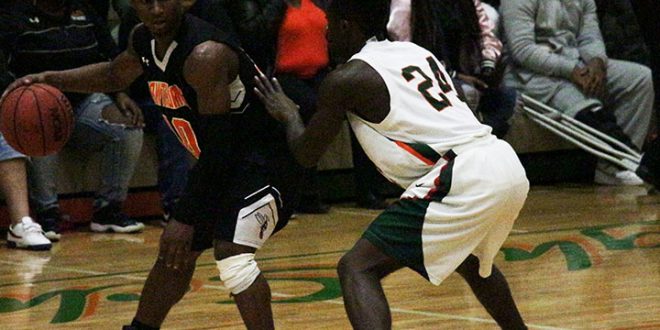 The next 48 hours will be filled with boys and girls taking the court all across North Central Florida. Some of Thursday night’s games include Union County at Lafayette and P.K. Yonge at Hawthorne.

For the girls, matchup up between Trenton and at P.K. Yonge, Bronson at Oak Hall, Buchholz at Columbia, Dixie County at St. Francis, Chief land at Santa Fe, and Eastside at Bradford is going down as well.

The boys and Greg Bowie will face P.K. Yonge tonight. This team has finally got things going after winter break. Bowie and his squad will face a team that doesn’t make a lot of mistakes. P.K. Yonge is a team that plays really well as a group. Hawthorne Hornets have a record of 18-4. In district play, they’re 8-0. That is certainly thanks to their three-star players. Kahleil Jackson, Devin Lawrence and Mikel Crawford. Crawford has put up 9 three-pointers in a single game.

The waves have had a pretty successful season and hope to continue that tonight at home against Trenton. P.K. is 17-6 under Willie Powers. Trenton is 20-2.  Natalyah Sampson was selected the P.K. Yonge Girls Basketball Player of the Game. This team needs a better PPG and more teamwork if they want to pull out a win against this explosive team. This game is at 5:30.

Bronson at Oak Hall could be a toss-up. Both teams are struggling, with less than 10 wins this season for each of them. With Oak Hall’s 8-13 record and Bronson’s 6-14 record, you could say the Eagles have the upper hand. This game starts at 5:30. The Buchholz Bobcats face Columbia at 6. They’re sitting at a 10-11 record. Columbia has the upper hand at 13-10. St. Francis faces Dixie county at home tonight at 6. St. Francis is 3-18, which should hand Dixie County this game. Unless they can pull a miracle. Santa Fe plays Chiefland tonight at 6. Their record is 6-12, they face a 12-9 record. And East Side will see Bradford at 7. The Rams are 13-8 and Bradford is 10-10.