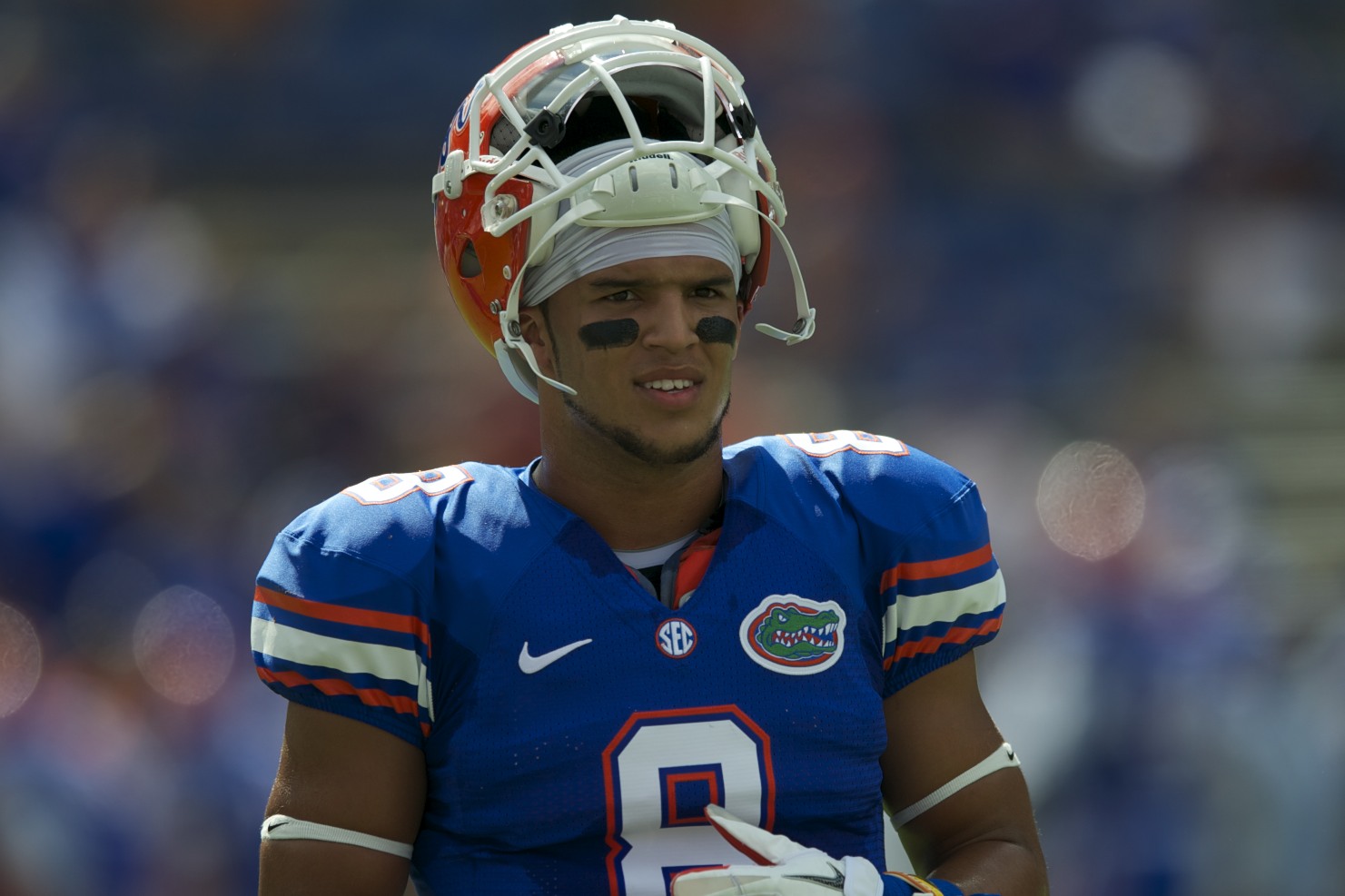 Running back Trey Burton before the game on Saturday.

The University of Florida will be well represented in the Super Bowl Sunday between the Philadelphia Eagles and the New England Patriots, with four Gators hitting the field. All of whom played together on the same Gator team from 2010-2012. The Eagles have Trey Burton, Jaylen Watkins, and Caleb Sturgis on their roster. While the Patriots have Mike Gillislee. This will also be Florida’s 16th straight Super Bowl appearance, and needless-to-say at least one Gator Great will come away with a win.

Tight end, Trey Burton, is in his 4th season in the NFL. Burton went undrafted in 2014 but then signed with the Eagles as a free agent. So far this season, Burton has had 24 receptions for 260 yards with 5 touchdowns. Before he headed to the pro, Burton had quickly found himself a household name with the Gator Nation. During his college career, Burton was all over the field; playing not only tight end but also, quarterback, wide receiver, fullback and special teams man. In his college career, he had 976 yards from 107 receptions. With 153 rushing attempts Burton earned 720 yards. Burton also had a combined 20 touchdowns in college.

Safety, Jaylen Watkins, like Trey Burton, is also in his fourth year with the Eagles. Watkins was drafted by Philadelphia in the fourth round of the 2014 draft. So far this season Watkins has acquired 17 tackles. In college, Jaylen Watkins played both cornerback and safety at Florida and acquired a combined 133 tackles with 3 interceptions. Watkins had a career-high 10 tackles against Kentucky back in 2013. Also, during his senior year, Watkins received the team’s Gene Elleson Community Service Award.

Kicker Caleb Sturgis, unfortunately, won’t be playing in the big game Sunday against the Patriots. Sturgis has been on injured reserve since the season opener after tearing his left hip flexor. During his only game played, Sturgis went 3 for 3 in field goals made. Sadly, he has found himself injury prone. In college, Sturgis earned a medical redshirt in 2010 due to a back injury and last season with the Eagle Sturgis had a concussion due to a rogue punt during pregame warmups. This is his 5th season in the NFL after being drafted in the 5th round to the Miami Dolphins. While playing for the Gators, Sturgis was very constant, making 70 of 88 attempts; (which is the most in school history) 8 of which were 50+ yards. His long was a 56 yarder during the Georgia game back in 2009. Sturgis graduated from Florida with a degree in Sports Management and is currently doing graduate school.

Running Back, Mike Gillislee has been in the league for five seasons; and was drafted in the fifth round by the Miami Dolphins. During his pro career, he has played on four different teams (Miami, Arizona, Buffalo, and New England). Unfortunately, Gillislee has also fallen victim to injury, and in week 16 against the Buffalo Bills, he suffered a knee injury. He hasn’t played in a game since. However, Gillislee has said that he’s been back at practice this week and should be a game-time decision. Before his injury, Gillislee had been playing great this season with 104 attempts for 383 yards and five touchdowns. In college, Mike Gillislee was a powerhouse at Florida! He racked up an astonishing 2072 yards from 389 carries and 20 touchdowns. He also had 182 yards receiving with 2 touchdowns.