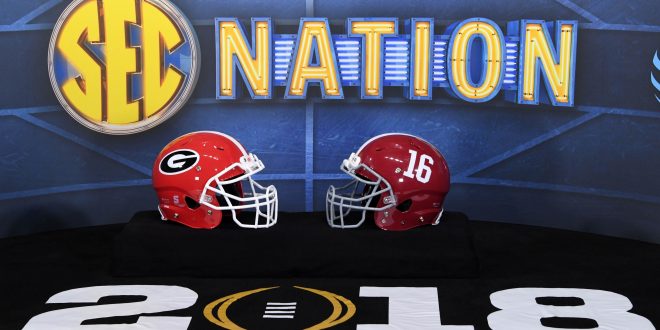 With recruiting well and done, two teams would have success on New Signing Day. The Georgia Bulldogs and Tennessee Volunteers are looking at the future with their newest additions.

Georgia rules the roost as the No. 1 recruiting class in the SEC, while Tennessee is sitting at No. 8.

The Bulldogs are coming up big after competing in the National Championship game. Georgia’s day would start with the signing of the No. 2-ranked cornerback prospect Tyson Campbell.

With this signing, many can contribute the success of Georgia in recruiting this year to Kirby Smart. Smart has been credited for being an excellent recruiter with a top-notch staff.

Georgia’s day would get progressively better with a multitude of four-star signings. The Dawgs would get a flip from outside linebacker Otis Reese, who previously had a commitment to Michigan.

The Bulldogs would also get another flip in the No. 2-ranked OLB Quay Walker, who had committed to Alabama.

With the success of Georgia football in 2017, the Bulldog brand is absolutely red-hot. The state of Georgia is famous for producing NFL-caliber talent, as 24/7 Recruiting’s Blake Alderman would elaborate on.

With Georgia having the most successful recruiting class in a long time for the program, Smart and Co. will be looking to get even further than they did last season, with winning the national championship.

While Georgia would scorch recruiting in 2018, Tennessee would share some of the success in grabbing recruits. Sitting at No. 8 in the SEC and No. 20 in the country, the Volunteers can say they had success.

Their lone four-star signing is the No. 3-ranked outside linebacker JJ Peterson. While Tennessee would miss out on a lot of their targets for recruiting, they would hold on to Peterson. Former Gator grad Mark Whiteman would discuss how the Volunteers were successful in nabbing the No. 48-ranked overall recruit.

Another thing that would be called into question for Tennessee would be their newest head coaching hire in Jeremy Pruitt. After a 4-8 season, which included zero conference wins, Pruitt would have the deck stacked against him.

Even though he would have roadblocks in front of him, many believe he has made a lot of progress, especially with the college football season rapidly approaching.

With recruiting and New Signing Day in the books, these two schools are looking to make a big splash in the 2018 season. Georgia will be looking to return to the postseason, and exclaim their 2018 with a national championship. Meanwhile, Tennessee will be hoping that their newest additions will lead them to the postseason after a disappointing 2017 campaign.