Hawthorne Girls Basketball One Win Away From State

Hawthorne looking to go to state

They are led by head coach, Cornelius Ingram, a former Gators football and basketball player now coaching back at his high school alma mater. Ingram wasn’t planning on becoming the girl’s basketball coach at first but welcomed the opportunity.

The Hornets season didn’t start out the way coach Ingram wanted to early in the year. They lost 3 of their first five games to start the season and were only 8-8 by January 25th.

Since January 25th Hawthorne is undefeated, going 5-0, including their most recent victory. A 61-46 victory over Hamilton County in the regional semifinals. The Hornets seem to have turned the corner and are playing very well. Coach Ingram is very proud of his team and says that they have exceeded expectations of everyone.

Hawthorne didn’t start off the season in the best way but has played well down the stretch and accomplished a lot. His team has learned how well they can play and is hungry to continue their winning streak.

@@michael_sports5
Previous P.K. Yonge to face University Christian for a chance at the State Semifinals
Next Florida Ready For Road Test vs. No. 19 Tennessee on Wednesday 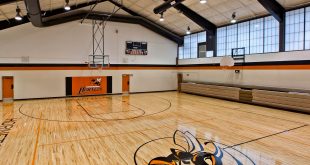 In a playoff matchup between two Gainesville-area high schools, the Bradford Tornadoes were able to …