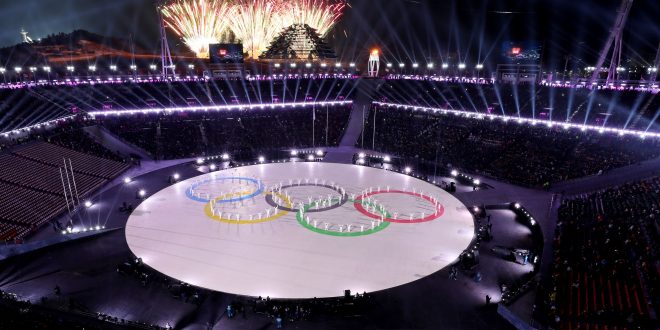 The 2018 Winter Olympics in Pyeongchang came to a close on Sunday after two weeks full of excitement, disappointment and history being made.

Now that all the events are in the books, the U.S. has to be somewhat disappointed with their results. The U.S. finished fourth in total medals behind Norway, Germany and Canada. Norway had a fantastic outing at the 2018 Winter Olympics, finishing with 39 medals overall. They had 14 gold medals, 14 silvers and 11 bronze. Germany had 31 medals (14 gold, 10 silver and 7 bronze.) Canada finished with 29 medals (11 gold, 8 silver and 10 bronze.) The U.S. finished with 23 medals, including 9 gold medals, 8 silver medals and 6 bronze medals. This was the United States’ lowest medal count since 1998 with a finish of only 13 medals. However, the U.S. still had some incredible moments during these winter games.

In 1998, the U.S. women’s national ice hockey team defeated Canada to win their first ever gold medal. Twenty years later, the team once again faced Canada in the gold medal game. The U.S. pulled off their second-ever gold medal in women’s ice hockey by a score of 3-2. The team came back from a 2-1 deficit to force a shootout, where Jocelyne Lamoureux scored in the 6th round to give the U.S. the win.

The @usahockey women take down rival Canada for their first gold since 1998! #WinterOlympics #BestOfUS https://t.co/wS6s9ulmoA pic.twitter.com/o4gJr8g7sV

American Skiers and Snowboarders Put On a Show

After not getting a medal at the 2014 Winter Olympics, Shaun White was looking for redemption this year. It’s safe to say that he got it in Pyeongchang. White won the gold medal for men’s snowboard halfpipe with an amazing final run, in which he set a record score for the event with his 97.75 run.

Chloe Kim became the youngest woman in history to win an Olympic snowboarding medal at just 17 years old. Kim was not allowed to compete in the 2014 Winter Olympics due to age-minimum requirements, despite having the talent to compete. This year, she finally was able to put her skills on display on an Olympic stage. Kim took home the gold in the women’s halfpipe with a score of 98.25.

WATCH: Chloe Kim sat down with @LesterHoltNBC after nailing the snowboarding halfpipe and winning gold at her first Olympics. pic.twitter.com/TqLw6afU5S

Kikkan Randall and Jessie Diggins made history this year as they became the first Americans in history to win a gold medal in cross-country skiing. The medal ended an unbelievable 42-year medal drought for the U.S. in the sport. The duo won the race by a margin of just 0.19 seconds.

This is what history looks and sounds like. @jessdiggs and @kikkanimal win @TeamUSA's first ever gold medal in cross-country skiing.

You'll want your sound up for this… pic.twitter.com/86PQ4KQaH3

Lindsey Vonn has had an Olympic career filled with overcoming adversity. In 2006, Vonn competed just one day after having to be airlifted off the course while she was training. Vonn competed in 2010 despite multiple injuries and still managed to medal twice. In 2014, Vonn was unable to compete due to a torn ACL. This year, Vonn battled through more injuries and claimed a bronze medal in downhill alpine skiing in what is likely her last Olympic games.

Previous Tiger Woods Finishes Strong at Honda Classic, Looks Forward To The Masters
Next Cavs Fade Down the Stretch Against Spurs