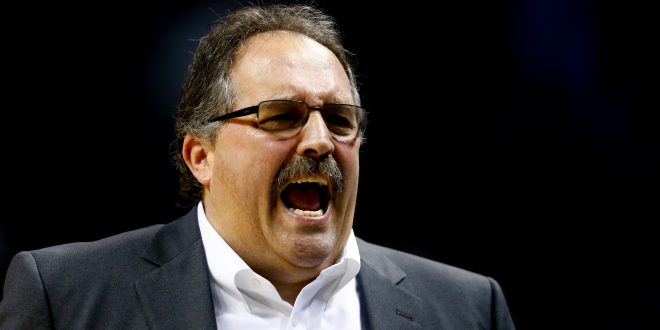 Former Orlando Magic coach and current Detroit Pistons coach Stan Van Gundy is not a fan of the NCAA, and he’s not holding anything back.

On Sunday, reporters asked Van Gundy his thoughts on the NCAA in the midst of the FBI investigation into corruption and cheating in college basketball. He responded by calling the NCAA “the worst organization in sports.” Van Gundy also said the NCAA doesn’t have the best interests of student-athletes in mind and that the one-and-done rule is founded on racist principles.

Van Gundy is the latest to criticize the NCAA but certainly not the first. The recent findings of the FBI, particularly the alleged wiretapped phone conversation in which Arizona coach Sean Miller offered then-recruit Deandre Ayton $100,000 through an agent, have rekindled the fire of decades-long debates. What benefits should schools be allowed to provide student-athletes? How should relationships between student-athletes and agents be regulated? What economic opportunities should be afforded to student-athletes? Whose interests are the NCAA’s rules truly protecting? How effective is the NCAA in enforcing its rules?

Van Gundy’s comments are the latest black eye for the NCAA, which has earned a reputation for being too powerless and inconsistent.

“The Worst Organization In Sports”

Van Gundy said the NCAA’s rhetoric about caring for student-athletes and being shocked when hearing of the FBI’s findings are insincere and false. He argues that the NCAA’s used car salesman personality and inability to enforce its own rules make it the worst sports organization.

His argument does have some evidence to support it.

First, the FBI has done more to expose illegal recruiting practices in the past five months or so than the NCAA has in the past 30 years. A reliance on the honor system and conflicts of interest are responsible for this.

Many NCAA investigations begin following self-reported violations. Any system that relies on individual integrity is inherently flawed and inefficient.

The NCAA Division 1 Men’s Basketball Tournament is the NCAA’s biggest moneymaker. Some of the sport’s bluebloods, such as North Carolina, Duke, Arizona, Texas, Kentucky and Kansas, are tied to the NCAA investigation. Might the NCAA be inclined to turn a blind eye on its biggest moneymakers? One would hope not, but money is undeniably the biggest motivator in sports, so it seems like a very realistic possibility.

Second, when the NCAA has enforced its rules, it has done so inconsistently and unfairly. For example, when former Texas A&M quarterback Johnny Manziel was suspected of making money off of autographs, he was suspended for the first half of the Aggies’ 2013 season opener against Rice. Meanwhile, the NCAA declared former University of Central Florida kicker Donald de la Haye ineligible for profiting off YouTube videos. Manziel won the Heisman Trophy, while de la Haye was a kicker for a Group of Five team. Seems suspicious.

The NCAA initially hammered Penn State with severe penalties following the Jerry Sandusky scandal, only to later alleviate the sanctions. Penn State is one of the most profitable college football programs. Notice a theme developing here?

Van Gundy mocked the NCAA’s use of the term ‘student-athlete,’ stating that the NCAA uses the term as part of its branding but does not genuinely care about college athletes. Using the term ‘student-athlete’ is the NCAA’s way of associating its brand with purity, amateurism and love of the game, ideals fans want to believe the NCAA represents. Meanwhile, behind this veil, the NCAA rakes in billions of dollars.

Van Gundy used coaches’ ability to take new jobs and bolt prior to the ending of the season and athletes being required to sit out a year to regain eligibility after transferring as evidence to support his claim that the NCAA cares about money, not student-athletes.

Van Gundy says many successful “tech guys” dropped out of college and are praised for their abilities and accomplishments. Conversely, high school basketball players are not permitted to jump straight to the NBA. Most elite basketball players are black. Van Gundy also pointed out that baseball and hockey players, who are primarily white, bypass college for the minor leagues to make far less money and do not receive the same criticism as basketball players. So, his argument might have legs to it.

Van Gundy spoke out against the NCAA, and the critics don’t figure to silence anytime soon. The NCAA is in a huge mess. Can they get themselves out of it? How? Stay tuned.