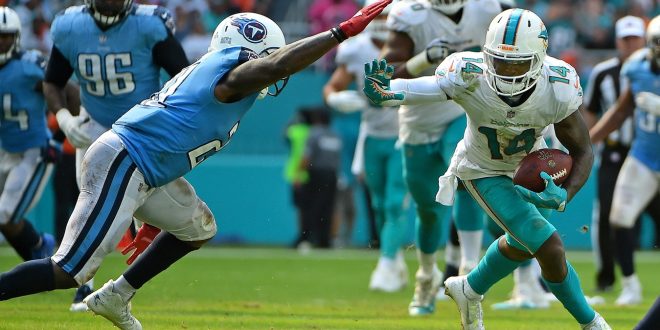 Jarvis Landry Is Ready for Cleveland

The Cleveland Browns are making changes for the upcoming season. Jarvis Landry, wide receiver for the Miami Dolphins will trade in his Miami Dolphins jersey for a new contract and a chance to play for Cleveland. The Brown’s record has room for improvement when they ended last season with a record of 0-16.

A busy day for the Cleveland @Browns! pic.twitter.com/EUwMOJh1wV

With the new season around the corner, Cleveland fans are hopeful that the trades will help the Cleveland Browns.  Jarvis Landry came out of the 2017 season with 987 yards, 100 receptions and appeared in his 3rd pro-bowl back in January 2018. Among Jarvis Landry, the Browns are also adding Damarious Randall and Tyrod Taylor to their roster. The Browns traded 2 draft picks for Landry in hopes he can help turn the team around. In place of Landry, Miami will get Cleveland’s fourth-round pick this year and Cleveland’s seventh-round pick in 2019. The trade won’t be finalized until Wednesday, but Landry is already looking forward to the change.

Now, after playing for Miami since 2014, Landry is moving on without looking back. He is looking forward to this new opportunity while being grateful for his time as a Dolphin. He is excited for the upcoming season and the moments to come in a Cleveland Brown’s uniform.