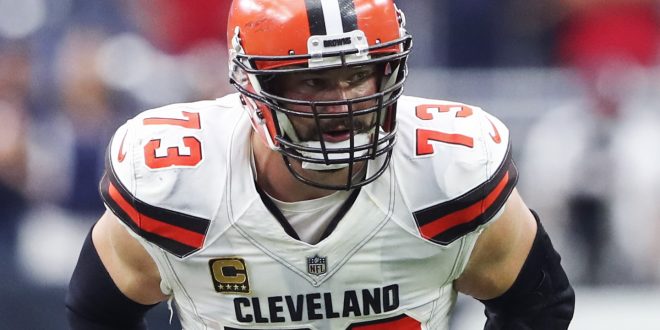 It’s the official start of the 2018 NFL offseason. The NFL Free Agency began Wednesday, March 14th, at 4 p.m. While the legal tampering period has been well underway, teams can now officially sign unrestricted free agents. However, street free agents, players who were cut during the offseason, were able to sign at any time.

Here is some of the latest news in the NFL Free Agency:

Cleveland Offensive Tackle Joe Thomas has officially retired after 11 seasons with the Browns. Thomas played every single game from the time he was drafted No. 3 overall in the 2007 draft to the Browns until he suffered a season-ending injury last October. He made 167 consecutive starts for the Browns until he tore his triceps tendon. This injury snapped a streak of 10,363 consecutive snaps.

Solder signed a four-year, $62 million contract, with the New York Giants after spending his entire career with the New England Patriots. His contract guarantees $35 million making him the highest-paid tackle in football. This trade will provide much-needed stability to the Giants offensive line.

Running Back Carlos Hyde will receive a three-year deal with the Cleveland Browns that is worth more than $15 million, according to NFL Network. $6 million of that will be awarded in the first year. Hyde has spent the past four seasons with the San Francisco 49ers.

The #Browns are expected to sign former #49ers RB Carlos Hyde, source said. He’s getting a three-year deal worth more than $15M, including $6M in year 1.

Jerick McKinnon to the 49ers

Wide Reciever Jeremy Maclin was released from the Baltimore Ravens. This expected release became official when the Ravens picked up John Brown and Ryan Grant on Tuesday. This release freed up $5 million in much- needed cap space for Baltimore.

BREAKING: Ravens have released WR Jeremy Maclin after just one season with the team. pic.twitter.com/8QoskLteiA

Julius Peppers Resigns with the Panthers

DE Julius Peppers is returning to the Carolina Panthers, who drafted him, for one year. Peppers resigned for a one-year, $5 million deal.

BIG NEWS: DE Julius Peppers will return to Carolina for one more season with the #Panthers, per @josephperson.

Peppers had 11 sacks in his return to Carolina last season—a huge get for the #Panthers defense who will be without DT Star Lotulelei next year. pic.twitter.com/pn3CxsAWfp

Sydney is a senior studying telecommunications with a specialization in sports media at the University of Florida. She is a multimedia sports reporter for ESPN 98.1 FM/850 AM WRUF and WUFT-TV.
Previous The Drive: Richie Crampton
Next Koulechov’s Unconventional Journey to Florida