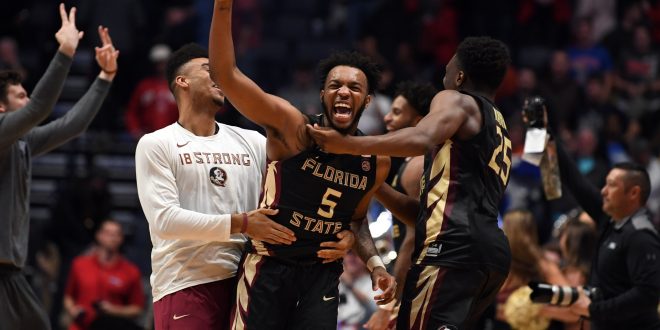 The 2018 NCAA tournament so far has been a tournament for the underdogs. There has been several upsets and Florida State University has now joined that list. FSU is ready for the next round after a 75-70 victory over No. 1 Xavier.  The Seminoles beat the Missouri Tigers, upset Xavier and now are heading to the Sweet Sixteen for the first time since 2011.

The Seminoles were down until they turned the game around late in the second half. FSU walked away from this rematch after losing 91 to 66 against Xavier in the second round during the 2017 NCAA Tournament. They almost repeated history until the Noles made a comeback in the 2nd half. The second half started 32 to 34, Xavier, but a 3-pointer by JC Savoy was the turning point of the game.  Florida State took the victory with free throws in the final minute to put them over the edge 75-70.  According to FSU head coach, Leonard Hamilton, even though the teams in the tournament are good, FSU used their wisdom from their loss year to help them get to the next round.

Now, the Noles are going to try to take their momentum to the next round.

Next, FSU will take on Gonzaga. Trent Forrest, a Seminole guard, says that his team has a quality that makes them stand out among their competition.

FSU will take on Gonzaga in Los Angeles Thursday night.