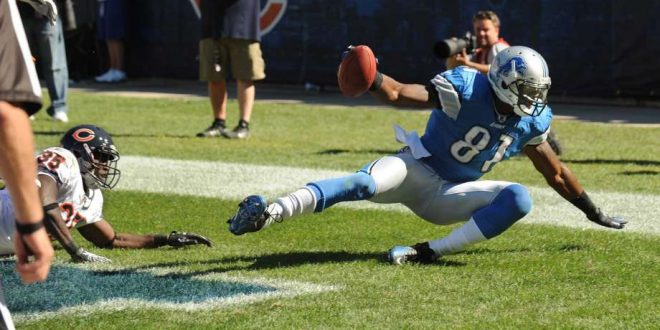 This rule change would have altered the outcome of this 2010 Bears-Lions game. Mandatory Credit- Tom Cruze, MBR

Tuesday, all 32 NFL owners unanimously voted to modify the definition of a catch. Specifically, they removed the requirement that a player going to the ground must secure the ball throughout the process of hitting the ground. The owners also voted to make the rule that moved touchbacks to the 25-yard line permanent, as well as voted to allow officials to “disqualify players for a flagrant non-football act.” The latter was likely influenced by a late hit last season from Patriots Tight End Rob Gronkowski. The play ultimately got him suspended one game, but he was not removed from the game that the hit occurred in. Falcons President and CEO Rich McKay discussed how frustration from coaches pushed for this move to be made.

As McKay outlines, the rule change simply gives the officials authority to make these ejections. There still needs to be a clear line drawn on what actually warrants an ejection.

The Legacy of the Catch Rule

The catch rule has been a frustrating gray area in the NFL for years now.

The vague definition for a catch has led officials to make some controversial calls, possibly the most infamous play coming in a 2014 Divisional Round game in which Dez Bryant makes a play on the ball, but loses control once he hits the ground as he extends for the pylon. By ruling this play incomplete, the Cowboys turned the ball over on downs, and the Green Bay offense took care of the rest to eliminate Dallas. Before this new change, he needed to hold onto the ball throughout the entire process of contacting the ground in order for the play to be a catch by rule.

The precedent for this ruling was actually decided by officials calling a Lions-Bears game in 2010. The scenario was this: the Lions were down by 5 with less than a minute remaining when QB Shaun Hill aired a 30-yard bomb to the back corner of the end zone. Lions receiver Calvin Johnson jumped above a Chicago defender and secured the ball. He then promptly got two feet down in the end zone, but his momentum caused him to fall over. While he fell over, he switched the ball into one hand. As he banged into the ground, the ball jarred loose from his hand. After review, officials decided that this was not a touchdown and the Lions lost the game. This decision spawned the “Calvin Johnson Rule,” a precedent that has since overturned over a dozen catches.

This rule change should eliminate any future instances of the Calvin Johnson rule and hopefully will put an end to speculation on what is or isn’t a catch.