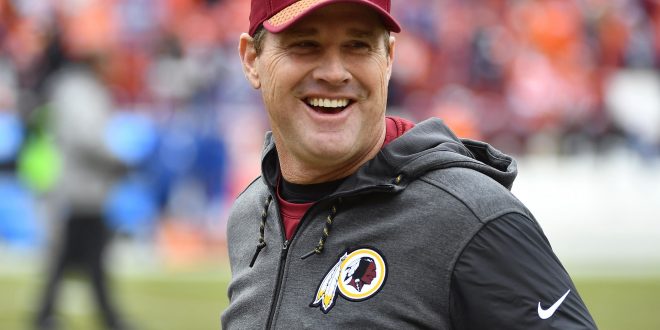 One third-round pick and one cornerback later, the Washington Redskins gained quarterback Alex Smith from the Kansas City Chiefs. The Redskins gave Smith a four-year contract for $94 million which ended the Kirk Cousins Redskins era. Head coach Jay Gruden has been in Orlando this week for the annual NFL Owners’ meetings and is excited to coach his new quarterback.

The Redskins finished the 2017 season with a losing record of 7-9. They finished third in the NFC East standings behind Philadelphia and Dallas and they did not make the playoffs. Cousins had a 64.3% completion rate, threw for 4,093 yards, had 27 touchdowns and 13 interceptions. 2017 was the third consecutive season he threw for over 4,000 yards.

After signing a three-year deal with the Vikings for $84 million, he is now the highest paid player in NFL history.

The Chiefs finished 2017 with a winning record of 10-6 and first in the AFC West Division. Smith led the team to the playoffs and finished his season with 26 touchdowns, five interceptions while passing for 4,042 yards. Smith was named an alternate for the Pro Bowl and was put in as an injury replacement for Philip Rivers.

Gruden on the Transition to Smith

Statistically, Cousins and Smith are both pretty much on the same playing field. However, this week in Orlando, Gruden has expressed his eagerness to start coaching Smith. Gruden doesn’t think there is a limit on what Smith can do and believes he has all the things you want a quarterback to have.

According to multiple reports, Gruden says that without a doubt, his team is better at the quarterback position with the addition of Smith.

Asked #Redskins coach Jay Gruden if his team got better at the QB position. Says “without a doubt.” Then explains, not to compare Cousins to Smith, but based on Smith’s credentials, they definitely improved there, which is the goal.

Gruden says Smith plays the game “alive” and he thinks that Smith will bring a lot to the Redskins this season. Smith has a great ability to ad-lib and make plays that aren’t always there which excites Gruden.

Redskins fans are hoping that Smith will make the team’s offense play more efficiently than Cousins was able to.

Junior studying telecommunications- news at the University of Florida. Multimedia Sports Reporter for ESPN Gainesville as well as a Multimedia Journalist for WUFT News.
@acheney21
Previous Florida’s Jalen Hudson to Enter the NBA Draft
Next NFL Implements Change of the Controversial Catch Rule