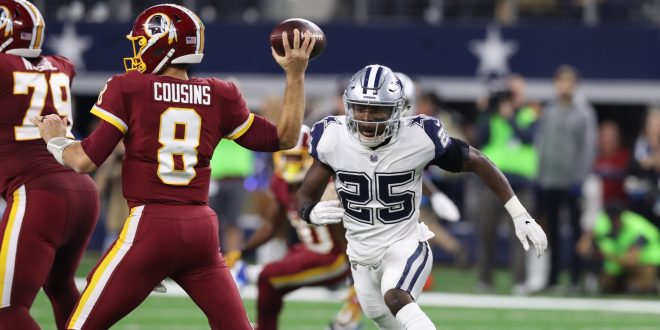 The Minnesota Vikings can formally begin their transition to the Kirk Cousins era beginning on April 16, as the team will start offseason workouts at its new facility in Eagan.

However, they ended their season in a blowout loss to eventual Super Bowl champions the Philadelphia Eagles in the NFC Championship Game following a 13-3 regular season.

Now, the expectations in Minnesota are high after signing Cousins. He is believed to be the final piece for a Super Bowl-worthy team.

Coach Mike Zimmer expects Cousins’ transition in the offense to be fairly smooth and the coaches must be mindful of tweaking the offense to suit with what Cousins does best.

The Vikings plan to keep their terminology and offensive concepts consistent with the new coordinator, John DeFilippo. They ensure continuity and can minimize the adjustment period for returning staff and players.

Even with the signing of Cousins, Zimmer understands that his team as a whole must continue to improve in order to reclaim the NFC North.

After the Vikings start their work in Eagan, Zimmer said he plans to visit Cousins during the offseason to get to know him better.

Cousins who signed his contract with the Vikings on March 15 after hitting the free agent market. Cousins had three straight 4,000-yard passing seasons with the Washington Redskins.

With all the good Cousins brings, he will struggle with defenders in his face and he threw an NFL-high eight interceptions under pressure in 2017.

Cousins isn’t the only one excited to head to Minnesota.

Cousins and the Vikings

The Vikings and Cousins will begin working together April 16 when the new facilities open.

Training camp in July and the first game of the season will be against the Arizona Cardinals.