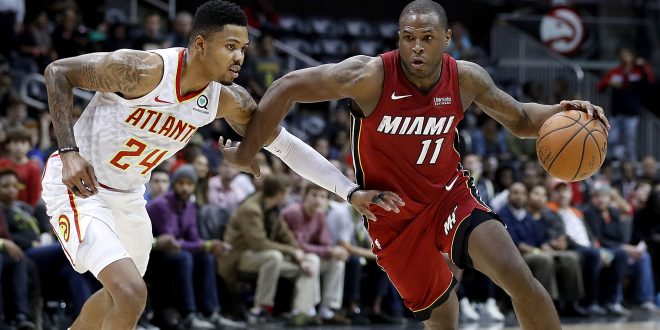 The Miami Heat are within reach of keeping their season alive in the playoffs.

Currently, the Miami Heat (41-36) are number seven in the Eastern Conference playoff race in the NBA.  They are contending with number six Washington (42-35)and the eighth seeded Milwaukee Bucks (41-36) for a possible higher spot as well.

What needs to happen

The Hawks and Heat met each other twice previously this season. In October, the Heat took the win, 104-93. Meanwhile, in December, the Hawks won, 110-104. After tonight’s game, they will play again tomorrow in Atlanta.

Over the next 48 hours we're getting to know the Hawks pretty well! pic.twitter.com/VuzXYX6Dyr

The Hawks are currently last in the Eastern Conference and have already been eliminated from playoff contention.

The Pistons play tomorrow night against the 76ers, but with a win tonight, the Miami Heat and their fans won’t have to wait and see if Philadelphia gets the job done for them.

Sooo… tomorrow night is pretty big. Win and In.

In the Eastern Conference, Toronto, Boston, Cleveland, Philadelphia, Indiana, and Washington have already clinched a spot in the playoffs.

I am a fifth-year journalism major, specializing in sports and media. My favorite sport to watch and cover are college and NFL football. When I'm not doing that, I enjoy hanging out with my cat, going to concerts and traveling.
@sportsabrina
Previous Ole Miss Transfer Van Jefferson Fitting in with WR Corps
Next Villanova Takes 2018 National Title Against Michigan