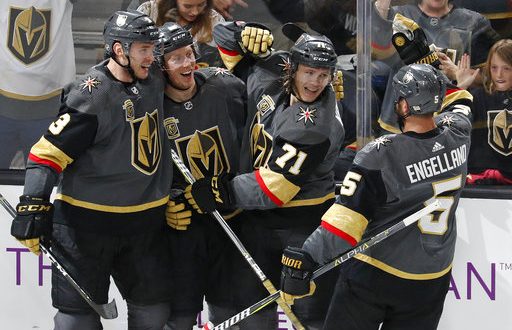 The Vegas Golden Knights are capping off their inaugural season with a trip to the playoffs. After winning the Pacific Division, the Knights will face off against the Los Angeles Kings in Round 1 on Wednesday.

NBC analyst Pierre McGuire voiced his excitement for this series.

The Golden Knights have been successful in their first-ever season. An average of 18,042 fans attended home games. All practices throughout the season were free and open to the public. Between placing first in the Pacific Division and posting the fifth-best record in the NHL, the product on the ice has been successful as well.

Here’s how the first round of playoff games lines up:

Born and raised at the ballpark! Typically quiet- until it comes to sports. I'm a South Florida native with a passion for baseball nearly as strong as my faith. Grew up in garnet + gold, turned out sporting orange + blue. Likely to be found with a camera. And yes, I take food pictures.
@victoriarossman
Previous Can The Wolves Overcome the Nuggets?
Next Gators Trying to Complete Season Sweep Of Noles