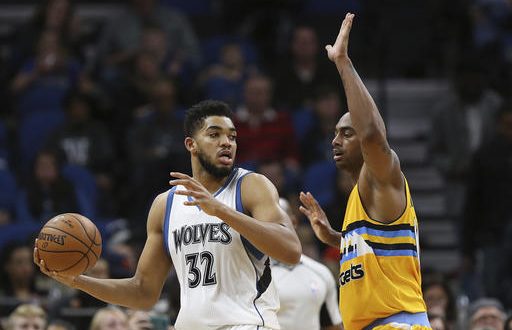 Can The Wolves Overcome the Nuggets?

It is that time of the year that everyone anticipates; that their NBA team that’s been working hard all season to lock up its spot in the playoffs.

The playoffs begin on Saturday, but for these two teams, this is an heated Western conference meeting for a spot in the postseason. Its either win or go home for the Timberwolves and Nuggets as they face off in Wednesday.

Nuggets vs Timberwolves, in Game 82. Winner goes to the playoffs, loser goes home.

The Nuggets have had an interesting season coming down to the wire of the last regular season game. Traveling to Minnesota to take on the Timberwolves, this could be the end of their season. The Nuggets are coming off an impressive win over the Trail Blazers 88-82 to stamp their 6th straight win. Getting all they can out of their leading scorer, center Nikola Jokic  contributed 15 points, 20 rebounds, and 11 assist in an impressive game for the big man. A win Wednesday would mean a lot to the Nuggets because this will be their first time back in the playoffs since 2012.

The Nuggets need to able to get Jamal Murray started early, for the simple fact that he is one of the main reasons they were able to get here due to him heating up and helping get a win over the Bucks back in April.

It all comes down to the final game Wednesday for DEN to get into the Playoffs.

This Timberwolves have a had bit of a hardship throughout this season adding an injury prone Derrick Rose to the roster and  Jimmy Butler being on restricted minutes due to previous injury. The Minnesota Timberwolves are still putting up a fight to secure their playoff spot, not trying to conclude their season early.

Leading scorer Karl -Anthony Towns contributed by grabbing 24 points and 18 rebounds with an impressive win over the Memphis Grizzlies 113-94 on Monday night. They look to host the Nuggets in their last regular season home game on Wednesday. This is not just any game to them, it could be their last one of the season and continue a prolonged drought. It has been 14 years since the Timberwolves have been able to clinch a playoff spot, as the last time was in 2003.

KAT puts up big double-double (24 PTS, 18 REB) to keep the @Timberwolves in 8th in the West! pic.twitter.com/KT99KU1poc