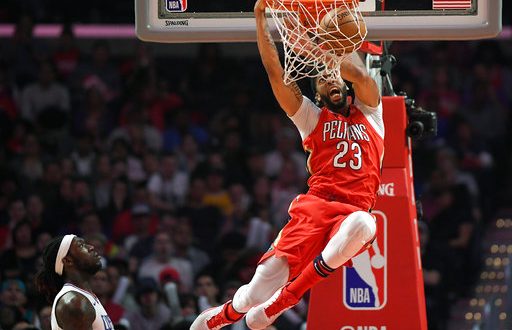 The New Orleans Pelicans are headed back to the playoffs for the first time since 2015 after clinching one of the eight seeds in Monday’s 113-100 win over the Clippers in Los Angeles. It was their fourth consecutive win, bringing their season record to 47-34.

New Orleans shot 3-pointers at 56% in the first half, with Ian Clark securing a 29-15 lead with 3:06 left in the first quarter. The Clippers(who were eliminated from the playoffs on Saturday) were briefly able to close that gap in the second quarter with DeAndre Jordan’s dunk bringing them to 49-47 and what would be their last lead over NOLA. The Pelicans, however, had little margin for error and led the half 59-49.  The Pelicans kept a double-digit margin for the entire fourth, allowing Anthony Davis to leave with three minutes left.

Davis led the Pelicans with 28 points, six rebounds, five blocks and two steals.  Nikola Mirotic put up 24 points and a career-high 16 rebounds, while E’Twaun Moore had 19 points and five rebounds. Ian Clark was back in the mix after missing the last two games with an ankle sprain. He scored 13 points and added six assists off of the bench.

The Pelicans are one of five teams vying for the No. 4 seed in the NBA’s Western Conference Standings. It all comes down to the next 48 hours and tomorrow’s outcome with the San Antonio Spurs at home. A win would earn them the No. 4 or No. 5 seed going into the playoffs, but a loss would put them at No. 8 and inevitably match them with No. 1 Rockets in the first round.