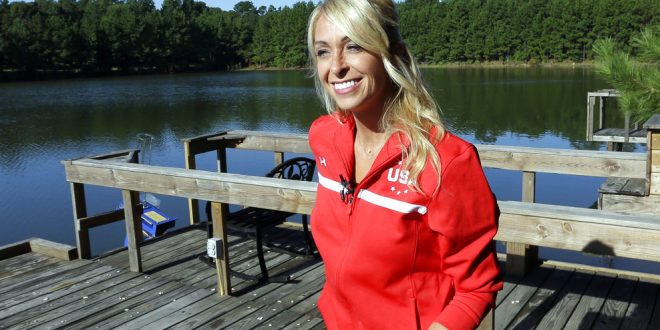 FILE - In this Sept. 12, 2015, file photo, Rhonda Faehn, USA Gymnastics Senior Vice President of Women's Program, gives a tour of the Karolyi Ranch in New Waverly, Texas. USA Gymnastics has parted ways with Faehn, who has come under fire recently from victims of a former national team doctor now serving decades in prison for abusing athletes, the organization announced in a statement, Friday, May 18, 2018. (AP Photo/David J. Phillip)

Larry Nassar’s sexual abuse scandal of underage gymnasts has revealed more of what goes on behind the curtains of the USA Gymnastics team. In the fallout of this tragedy, the latest news has now hit a former Gator, with past Gator gymnastics head coach Rhonda Faehn being the latest to feel the aftershocks. Faehn was the head of the USA women’s gymnastics program who was reportedly let go from the organization amidst Nassar’s scandal.

President and CEO of the USA Gymnastics Kerry Perry made an announcement on the matter. Stating that she will not discuss the matter further in regard to whether Faehn resigned or was fired.

Statement on behalf of Kerry Perry, President and CEO of USA Gymnastics, regarding Rhonda Faehn. https://t.co/rkZQeXChTN

In April 2015, Faehn became senior vice president of the women’s program. Faehn, a former US national gymnast in the 1980s and head coach of the Florida women’s gymnastics team was a no-brainer for the US Olympic organization to hire. The job acceptance was decided after Faehn led the Florida gymnastics team to its third consecutive NCAA championship.

Other Accomplishments with the Gators

Former MSU doctor Larry Nassar’s sexual abuse of over 100 young girls and women is known to extend over the past 20 years. No one knows for certain if Faehn had anything to do with the cover-up of Nassar’s sexual abuses over her time as vice president, but organization leaders heard about the scandal back in 2015, the same year she was hired.

Former gymnast Aly Raisman reportedly told Faehn about the sexual abuse. Yet, she didn’t hear from Faehn nor was she contacted by the FBI for over a year later, according to Indystar.com.

Recent grad from the University of Florida. Editing all articles on here while helping out the newbies. Love all things basketball.
@@MarcoJMartinez_
Previous Gator Women’s Golf Ready For NCAA Championships
Next Barnhill, Ocasio Combine for No-Hitter versus Bethune-Cookman In NCAA Regional