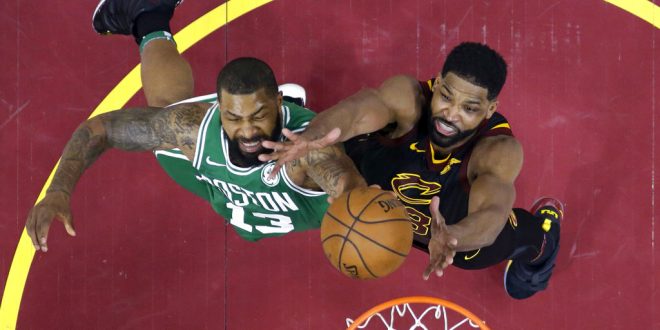 The Cleveland Cavaliers host the Boston Celtics in Game 4 of the Eastern Conference Finals on Monday. The Celtics currently lead the series 2-1.

After falling behind in the series 2-0, the Cavaliers went home to Quicken Loans Arena to get a much-needed 116-86 victory. The Cavs got off to a red-hot start, outscoring Boston 32-17 in the first quarter. They never looked back, outscoring Boston in the three remaining quarters as well.

One of the big differences was the Cavs’ three-point efficiency. Cleveland shot 17-of-34 from behind the three-point arc, with LeBron James, J.R. Smith and Kyle Korver shooting for a combined 10-for-11 from distance.

Tonight, we look to even the series.
Game 4 tips off in 6 hours.#CavsCeltics || #WhateverItTakes pic.twitter.com/RhwZOieBgl

Keys for the Cavs

Game four of the NBA Eastern Conference Finals will tip off at 8:30 p.m. Finally, for more on the continuing NBA Playoffs, stick with ESPN 98.1 FM – 850 AM WRUF for up-to-date coverage.