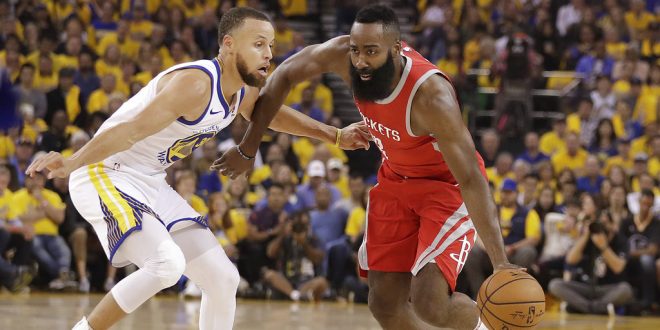 The Golden State Warriors and Houston Rockets will battle it out in Game 4 of the Western Conference Finals at Oracle Arena on Tuesday. The Warriors currently lead the series 2-1.

With the series tied, the Warriors went home for the first time in the series and took advantage in emphatic fashion. Although the game was already about over heading into the fourth quarter, the Warriors outscored the Rockets 38-18 to seal a 126-85 victory.

Steph Curry led the way for the Warriors with 35 points, one assist and six rebounds. Kevin Durant continued his offensive success, adding another 25 points. Durant has averaged over 33 points per game through the first three games of the series.

"This is what you work for all year."@StephenCurry30 weighs in on Game 3 victory & more in today's Warriors Sound Review. pic.twitter.com/wd4HhK42Po