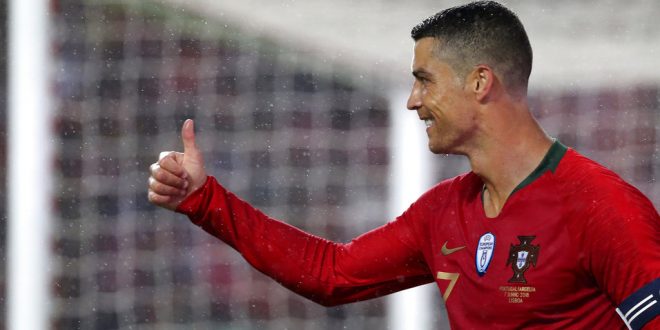 Definitely one of the groups that will have attention early in the tournament with the exciting match-up between bordered rivals Portugal and Spain. Many will take a look at this group and state the obvious, Portugal and Spain will run over Morocco and Iran. This can change due to the fixtures of the group. Since the high rollers match up in the first match of the group this gives Iran or Morocco a higher chance to fight for the second place spot in the group. We saw Spain suffer last World Cup after a loss against Netherlands that left team crumbling and denied that second spot. Let’s take a look at each team so you can decide what the outcome of this group can be.

Portugal completed an almost flawless World Cup Qualification run winning all their games except their last in which they fell to Switzerland. Portugal was able to directly qualify ending first in the table despite Switzerland having the same amount of points. The reason why Portugal ended above them is due to their impressive +28 goal differential and only 4 goals allowed. The country’s leader, all time capped player and top scorer Cristiano Ronaldo converted 15 of the 32 goals scored during the campaign.

The current kings of Europe will be looking to extend their kingship just like Spain did back in 2008 and 2010 when they won the Euro, and just two years later the World Cup in South Africa. Head Coach Fernando Santos loves to play a steady 4-4-2 defensive formation giving the team stability in the back and midfield. A defensive formation that can turn into a volatile attacking one once the Technically gifted outside and attacking midfielders join the attack supporting Cristiano Ronaldo.

The combination of clever and very direct attacking players including Cristiano, Adrien Silva, Guedes, Bernardo Silva, Joao Mário, Martins and Ricardo Quaresma with a defensive formation can be the key to a show in the last third of the opponent’s side and safety in theirs.

The 5 time best player in the world, Cristiano Ronaldo is Portugal’s biggest hope to bring the World Cup back to Portuguese lands for the first time in History. With only one goal scored in each of the past 3 World Cups, Cristiano will be looking to finally break through in the only tournament that he has struggled in his whole career. Matching legend Eusebio’s 9 goals in that 1966 World Cup run (Portugal’s best ending 3rd) can be key to the trophy this Summer and we know this man is capable of doing almost anything.

Very much like Portugal, Spain is coming back from a very disappointing World Cup in Brazil having been knocked out in group stages by two teams that did not qualify for Russia 2018 (Netherlands and Chile). Unlike the Netherlands and Chile, “La Furia Roja” is back in the tournament four years later ready to redeem themselves.

Since the arrival of Julen Lopetegui as manager, Spain have not tasted defeat with a record of 13 wins and 6 ties. The team was able to steamroll over the Qualifying phase leaving Italy hopeless after a 3-0 win which led the Italians to a playoff header fixture in which they failed to win against a Zlatan-less Sweden. That’s a year and 10 months of of complete success that Spaniards hope it translates in the tournament.

We know Spain as a team with a possession style of play, but with their 4-3-3 formation, technically gifted players in the attack and great linkup between them, this team can turn into any defense’s worst nightmare. A truly beautiful mixture for any lovers of the sport. Spain’s strongest trait is that they possess a World Class player for every position in the field as well as depth in their bench. With their “Tiki-Taka” style (the focus in the style is to continually produce short passes through channels while players are moving freely in between the opponents defensive and midfield lines. This then creates spaces for more pasess leading to more dangerous and key positions to finish a play) of football developed before winning 3 consecutive major international trophies (Euro 2008, World Cup 2010, Euro 2012), Spain will be looking to regain their throne as World Champions.

With a World class defensive line consisting in Dani Carvajal, Sergio Ramos, Gerard Pique and Jordi Alba it  takes a special play to get a shot on goal or through in a one on one situation. With such a stacked defense, a world class goalkeeper is needed to to stop those special chances with incredible saves. This is why David De Gea will be under the frame as Spain’s number one goalkeeper this tournament. Regarded as the current best keeper in the world by many, De Gea has all the stats to prove it. De Gea has shown the most growth, consistency and has put the team on his back as their savior of a struggling Manchester United. He earned 18 clean sheets, conceded 28 goals, and added up to 115 saves last season earning himself the Golden Glove Award. De Gea will be looking to live up to the expectations and lead Spain to glory.

The “Lions of the Atlas” were the first African nation to ever win a group stage. Morocco made it past group stages in Mexico 86’ finishing 1st in a rough group made up of England, Poland and Portugal to then lose against West Germany 1-0. After 20 years since their last World Cup qualification, Morocco will try to once again make it out of a tough group consisting of Portugal, Spain, and Iran just as they did back in 86.

Having not conceded a single goal in their final qualification round (6 games), Morocco will be a menace in their third of the field. In that final qualification round they were able to top one of Africa’s strongest sides, Ivory Coast. With the 2 time winner of the African Cup of Nations Herve Renard, the squad will feel confident with a strong figure leading them. With the likes of captain Medhi Benatia and Real Madrid’s teenager Achraf Hakimi, Morocco will have a dynamic back line with full backs that will work up and down the field when needed. Organization, strength and discipline might lead Morocco to be a major upset in this group.

Medhi Benatia has been a part of the Moroccan national team for almost 10 years. After years in club sides including Roma, Bayern Munich and Juventus, Benatia is the most decorated and prepared player on the field. The tall, strong, and experienced central defender will lead his team from the back and will look for stability and organization against their opponents. This team made it to the World Cup Finals defending and will attempt to carry on. Don’t be surprised if the big man is able to connect a header in the opponents box and ends up going in.

Making the World Cup for a second consecutive time and for the fifth time in the teams history, Iran is back and looking to surprise in a very tough group. Iran brings some interesting players into this world cup in their 23-man squad that averages 27 years of age (relatively young). The team is made up of experienced players that are not too old and some young talents especially in the offensive line. The team will be relying on young players like Majid Hossein, Saeid Ezatolahi, Mehdi Torabi, and specially duo of Alireza Jahanbakhsh and Sardar Azmoun to bring surges of energy into the game with hopes to cause damage as underdogs.

Carlos Queiroz has brought all his experience to Iran and has shown results ever since. From being Sir Alex Ferguson’s assistant coach in Manchester United for almost 300 games to managing Real Madrid in the 2003/2004 season bringing David Beckham into the team. He has turned his focus to the development of his young players bringing a bit of energy to his favorite 4-2-3-1 formation. Queiroz is set to leave after the World Cup when Iran failed to reach an agreement with him. Queiroz was offered a contract extension until January which made him feel “unappreciated”. Hopefully this doesn’t ruin their run in their second World Cup where they will try to get some attention against some of the world’s giants.

It was a very hard decision whether to go with the 23 year-old Rubin Kazan striker Sardar Azmoun or the 24 year-old AZ Alkmaar right wing Alireza Jahanbakhsh. If the decision would be based on club performances, then Jahanbakhsh would be the player to watch scoring 21 goals and handing off 12 assists in his Eredivisie side in the Netherlands. But this is about international performances, therefore, Sardar Azmoun’s 23 goals in 32 appearances for Iran. It can be agreed that his 11 goals and 2 assists in qualifiers was the main reason they will participate in Russia. Iran’s fast and technical wingers are delighted to have such a prolific, tall and strong number 9 that will turn many of their chances into goals.

Spain will beat Portugal in that second game of the group, while morocco wins against Iran. Morocco will then beat a Portuguese side suffering from low morale after a first loss in the tournament. This will lead to Spain finishing top, Morocco being a surprise earning a second place finish leaving Portugal third and Iran dead last.

Figuring out a plan to make it big in the soccer scene in the U.S. or anywhere else in the world. For now, I'm having a blast writing for ESPN Gainesville and learning a lot from managers and students around the workplace. I'm covering the TV beat for Gators Soccer. What a team! Follow me on twitter: @J_AguerrevereUF
@@J_AguerrevereUF
Previous Auburn Tigers Look to Pull Off The Upset
Next Singer, Florida Power Past Auburn’s Mize