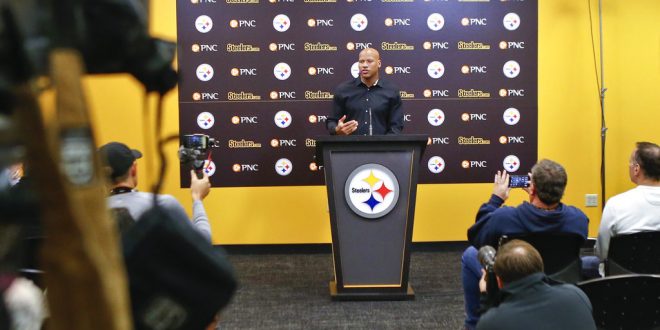 When Ryan Shazier suffered his spinal injury against the Bengals, his first concern was if he could play football next season.

Shazier gave his first press conference since the injury yesterday.  He says playing again is his dream after he used his cane to walk to the podium.

He injured his spine in December when he lead with his head on this tackle. Then he underwent spinal stabilization surgery two days later.

He said his next step in recovery is walking without his cane or someone else’s assistance. Shazier’s been seen riding in a golf cart around during OTA’s.

If and when he returns, he acknowledged he has to play safer.

One of the more impressive reveals of his press conference, was that he only deals in positivity and only has had a few bad days since his injury.

“I’ve read some articles, I’ve seen some type of things, and people are always thinking the worst-case scenario,” Shazier said. “You go back and see where you came from and where people thought you would be to where you are now and where I plan on being, it really makes you appreciate every moment. Every single step I take, every moment I’m here with you guys.”

He knows it’s a long journey back.

Right now, he’s fine with were he is at in the game. He plans on spending the 2018 in any role the coaches see fit, possibly as an unofficial linebackers coach.

He’s progressed throughout offseason after publicly standing during a Steelers home game. Most recently he walked to the podium to announce a Steeler’s draft pick.

If God gives me the opportunity to play again, I’m going to go out and give it everything I have.”