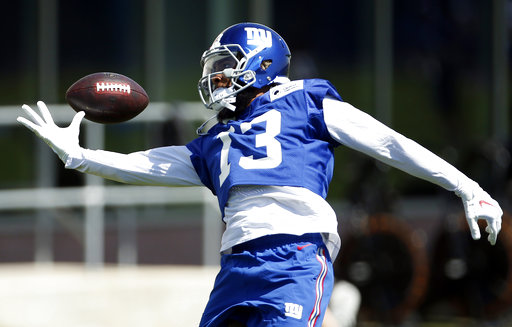 Eli Manning, the vet of the team, feels very comfortable about this minicamp and the upcoming season. The Giants, who drafted running back Saquon Barkley No.2 in the NFL draft, feel the rookie has a lot of potential and is a good fit for the Giants. Also, a major piece to their offense, Odell Beckham, is back in the picture healthy and ready to work.

Eli Manning sees plenty of potential for the #NYGiants offense heading into this season.

Manning who says this is going to be an important season for him and his team especially him; due to the fact, the Giants drafting a running back instead of a quarterback means they have the utmost faith in Manning.

Eli Manning says nothing about last year is going to effect this year’s play.

Manning says he is impressed with Barkley and the way he his learning the offense.

Wide Receiver Odell Beckham, who suffered a fractured ankle last season, is back and healthy and is already working hard in minicamp. Although he is in attendance at minicamp, his new contract is still up in the air. Many are wondering what will happen.

One thing for sure this upcoming season, he will remain in a Giants jersey. The star is still in his rookie contract, which is coming to an end. 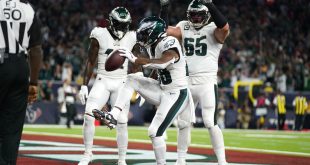 Eagles Stay Undefeated Against the Texans