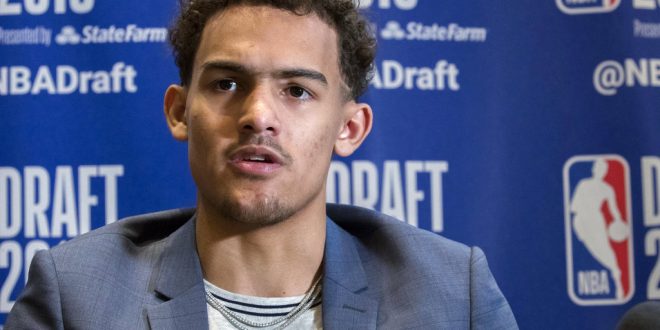 The 2018 NBA Draft will begin on Thursday night. Former Florida Gators guard Chris Chiozza is eligible to go pro. Chiozza is projecting to be a second-round selection.

The former Gator averaged 11.1 points-per-game as the team’s starting point guard. He averaged just over six assists a game as well. Chiozza would also average over two steals per-game. He is mostly being looked at for his ability as a defensive player, and proved in his time at Florida he is an elite on-ball defender.

The Front of the Pack

Firstly, the lottery portion of the draft is coming into focus with less than 12 hours remaining before the 7 p.m. start time. Former Arizona Wildcat Deandre Ayton is considered to be the projected first overall pick, according to ESPN mock drafts. The seven-foot center would bring a strong post-game to the Phoenix Suns, who hold the top pick, as well as elite rebounding ability.

Another note worthy player is international sensation Luka Doncic. Likely going to the Sacramento Kings with the second pick, Doncic is a highlight reel point guard with his passing ability. The 19-year-old from Spain would join the young core of De’Aaron Fox and Justin Jackson if picked by the Kings.

Other players that are possibly projecting to the top of the draft are Marvin Bagley III, Jaren Jackson Jr. and Mohamed Bamba. Also, players such as Michael Porter Jr. and Wendell Carter Jr. could sneak into the Top-Five as well.

Secondly, the middle portion of the draft contains some standout names as well. Freshman sensations Trae Young and Collin Sexton are projected to go around the No. 10-pick. Both guards offer high-level scoring ability, and will add solid guard depth to whoever selects them.

Finally, the 2018 NBA Draft will take place at the Barclays Center in Brooklyn, New York. The official start time for the draft is set at 7 p.m.

Previous World Cup roundup: Spain up, Morocco out and Uruguay in
Next MLB Action: Marlins, Rays Come Up Short on the Road