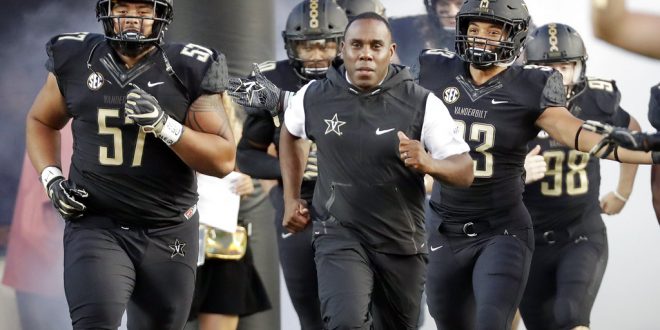 The Vanderbilt Commodores and Nevada Wolf Pack are heading into week two of the college football season with major confidence after blowout victories in week one. Vanderbilt defeated Middle Tennessee State 35-7, while outscoring the Blue Raiders 21-0 in the second half. Nevada embarrassed the Portland State Vikings 72-19, including a 42-0 margin in the second half.

Vanderbilt quarterback Kyle Shurmur and Nevada quarterback Ty Gangi are both seniors with plenty of meaningful experience. Both excelled in week one, with Shurmur going 10-17 for 170 yards and two touchdowns. The Commodores didn’t need to throw often because they maintained the lead for the entire game. This allowed them to focus on controlling the pace with their ground game. They gave nine or more carries to three different players. Jamauri Wakefield and Khari Blasingame combined for 108 yards and two touchdowns.

Vanderbilt head coach Derek Mason offered a lot of praise for Blasingame, who was hurt for a majority of last year.

Derek Mason discussed what he expects from the Wolf Pack offense.

The Vanderbilt defense absolutely dominated in week one. They recorded six sacks, one interception, two fumbles forced and one fumble recovery. They also held Middle Tennessee State scoreless for the final 47 minutes of action. The Commodores are led by defensive ends Dare Odeyingbo and Dayo Odeyingbo, and inside linebacker Jordan Griffin. They also have an above average secondary with Joejuan Williams, LaDarius Wiley and Donovan Sheffield leading the way. While this defense is expected to struggle against major SEC talent such as Georgia, Florida and South Carolina, it shouldn’t have too much of a problem slowing down the Wolf Pack offense.

Mason mentioned what he is looking for out of his defense this weekend.

Vanderbilt is hosting Nevada on Saturday, September 8th at 12:00 p.m.

Previous Texas A&M To Host Clemson and Top D-Line In the Country
Next SEC Football: Mizzou takes on Wyoming in Week 2