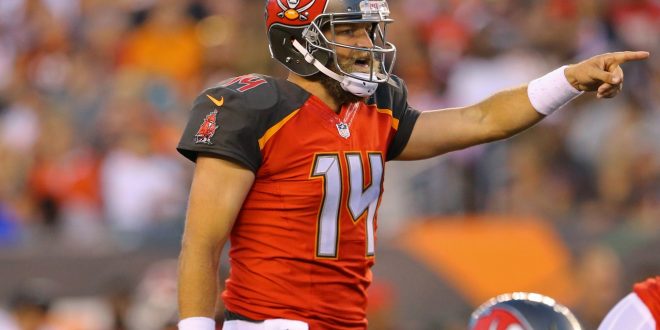 Can the Bucs strong start be enough to overcome Eagles tough Defense?

After stunning the New Orleans Saints on the road to open their season, the Bucs matchup with the defending Super Bowl Champion Philadelphia Eagles.

In his 14th NFL season, journeyman quarterback Ryan Fitzpatrick torched the Saints with 417 yards and five total touchdowns. He is starting over Jameis Winston who is serving a three-game suspension.

The 35-year-old quarterback was able to show off his arm strength tossing two touchdowns of 5o or more yards. This is against the same Saints secondary that came up one defensive miscue short of the NFC Championship.

Fitzpatrick should have a tougher time against this Eagles secondary who ranked fourth in total defense last year. Matt Ryan also had just 251 pass yards and completed under 50% of his passes.

The last time Ryan Fitzpatrick looked this good was the start of the 2011 season. He led the Buffalo Bills to a 3-0 record to start the season and amassed over 800 yards and nine touchdowns in those games. The Buccaneers will need to be just as potent on offense if they hope to get another win as an underdog.

As good as their offense was in week one, the Bucs’ defense was not. The Saints gathered 475 total yards of their own and excelled when getting dynamic running back Alvin Kamara in space. While the Eagles don’t have a single back to rely on, they have a trio that gets the job done: Jay Ajayi, Corey Clement, and Darren Sproles.

Michael Thomas flourished in the slot for the Saints being lined up against linebackers. The slot will be tough to defend again in week two against  Nelson Agholor and Zach Ertz up the middle. In addition, the Buccaneers will be without Vernon Hargreaves who was placed on IR with a torn labrum. That means they’ll rely on second-round rookie Carlton Davis who Drew Brees repeatedly.

In the last two games the Eagles played they performed two trick plays that rocked the sports world. The first is called the “Philly Special” from the Super Bowl and then the “Philly Philly” in week one. Not saying another trick play is coming, but the Bucs should be aware of anything Philly can pull up their sleeve.

The Eagles are also good at moving their personnel around making it difficult for defenses to keep with their offense. Agholor runs end around from the slot while Clement moves out to the receiver.  The Eagles even put tight ends in their backfield.

The Bucs are in for a tough test, but the home crowd and a dosage of Fitzmagic could be crucial.