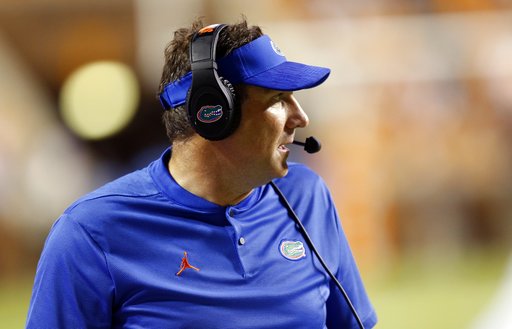 Two weeks ago the Kentucky Wildcats handed the Florida Gators their first L of the season. However, just like Big Sean, the Gators found a way to bounce back against Tennessee last weekend and win their first game in the SEC.

The  Gators looked like a completely different football team this weekend during their trip to Knoxville.

Every unit for the Gators seemed to have taken a step in the right direction to better the team.

But what sticks out the most, is that head coach Dan Mullen knows there is still work to be done if Florida wants to continue to compete in the SEC.

“It starts today when we get out there on the practice field,” Mullen told the media in a press conference this afternoon.

Gator fans know it will take more than just winning on Saturdays for the Gators to return to their glory days. Mullen seems to be taking the right approach in preparing his players during the week to excel on the field during games on Saturdays.

Not many head coaches have to return to the place they just came from less than a year later. This Saturday will be Mullen’s first trip back to Starkville since becoming the Gators head coach.

Lucky,  Mullen pretty much built the team that will be hosting the Gators on Saturday.

MSU is expected by many to be a top program within the SEC and the NCAA by the end of the season.

Arguably the best in America!

This will be a big challenge for the Gators offensive line as MSU brings together some of the best pass rushers in the nation.

Fitzgerald is a former Mullen recruit and wants to show his old head coach that with or without him, he still plays to win.

After falling to Kentucky this past weekend, Fitzgerald and company will look to bounce back at home this weekend.