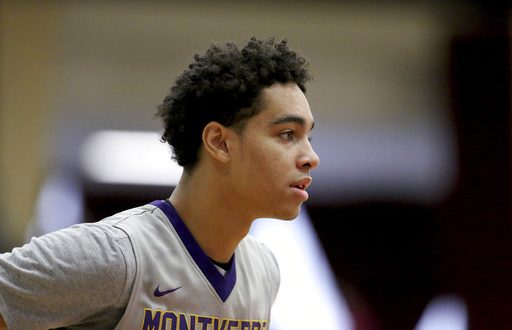 Andrew Nembhard, the 6’5″, 191-pound point guard is ready to prove exactly how good he is for the Gators.

When Andrew Nembhard committed to play for the Florida Gators, it was easy to see that head coach Mike White pulled off a huge recruitment success. Nembhard is a 5-star prospect with the potential to be an elite player. He has great size for a point guard at 6-foot-5 and is a spectacular passer with a solid feel for the game. He’s always had a talent for setting up his teammates.

“When I was younger, I just played with all the older guys and they were the scorers, so I kinda just tried to get them the ball to try and win games really,” Nembhard said. “My dad was a passer so he taught me.”

Nembhard is originally from Ontario, Canada but attended Monteverde Academy in Florida for high school basketball. As a Canadian native, he was able to compete for his country in the FIBA U18 Americas Championships this summer. In six games, Nembhard averaged 15.7 PPG, 8.7 assists, 2.7 steals, and 4.3 rebounds. Alongside Duke freshman R.J. Barrett, he was able to help Canada win Silver in the tournament. Nembhard said his FIBA experience helped him grow into the player he is now.

Future Florida Gator PG Andrew Nembhard is ready to lead next years squad. A composed freshman, that affects both ends of the floor. pic.twitter.com/MwjJoZCJvv

Andrew Nembhard is in line to compete for the starting point guard spot for the Gators as a true freshman. If he gets the job, he’ll have a lot of work to do to fill in for the graduated Chris Chiozza. Chiozza, who is Florida’s all-time assist leader, was the team’s on-court leader. Nembhard will have quite the challenge of trying to lead the Gators’ offense and replicating Chiozza’s impact. Nembhard said he knows he has big shoes to fill.

While Nembhard is a proven talented passer, he wants to prove his talent for scoring the ball too.

“I think I can prove that I can score the ball too,” Nembhard said. “This past summer I was scoring the ball much higher than I usually have, so I’m just gonna try and keep being aggressive this year.”

He’s working to improve all parts of his game. When asked what his biggest challenge was for his first season, Nembhard said being vocal on the court as a freshman is something he’s gonna have to work on.

Like all true freshman, this is a transition time for Nembhard. He’s adjusting to the playstyle of college basketball, his team, and to being a college student in general.