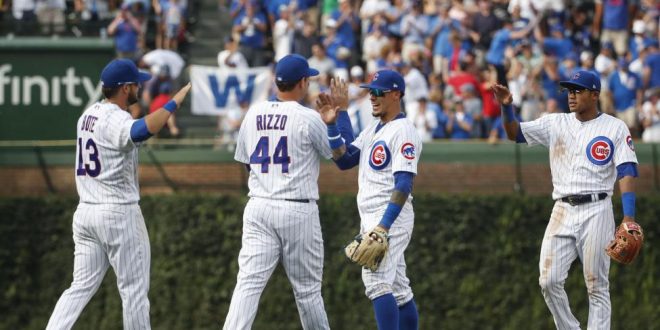 Heading into the last weekend of the regular season, teams are still fighting for a spot in the playoffs. In the American League, the field competing for the pennant is set, while the National League is still up in the air. Here’s how the playoff picture is looking:

The Sox have had their division locked up for some time now, as their historic regular season comes winding down. Boston is currently at 107 wins, which is the most in the storied franchise’s history. With the best record in the majors, Boston has clinched home field advantage for the postseason.

The Indians soundly won the AL Central for the third straight year. Now, the Indians will turn their sights to returning to the World Series for the second time in three years. The defending World Series champions were able to avoid a championship hangover, as the Astros were able to outlast a competitive AL West. With 100 wins on the year, Houston has shown they have what it takes to repeat. The AL Wild Card game is set with the Yankees to face the A’s. As of now, the only remaining question is where will the game be played. The Yankees currently have a 1.5 game lead on the A’s for the top wild card spot in the AL.

The Braves were able to return to the postseason after an impressive season led by their young talent. By winning their division, the Braves clinched their first playoff birth since 2013.

In the Central, the division title still up for grabs between the Chicago Cubs and Milwaukee Brewers, but the good news for both teams is that they both clinched at least a wild card spot. The Cubs currently lead the Brewers by a half-game in the division.

Much like the NL Central, the NL West is only separated by a half-game. The Rockies have a half-game lead over the Dodgers heading into the final weekend of the season. In the wild card, the Brewers currently have a four-game lead on the top spot for the league, but could still win their division. The second wild card spot is currently held by the Dodgers, however the Cardinals are just a game behind them. With the NL Central and West division titles still up for grabs, how those play out will also determine the wild cards.