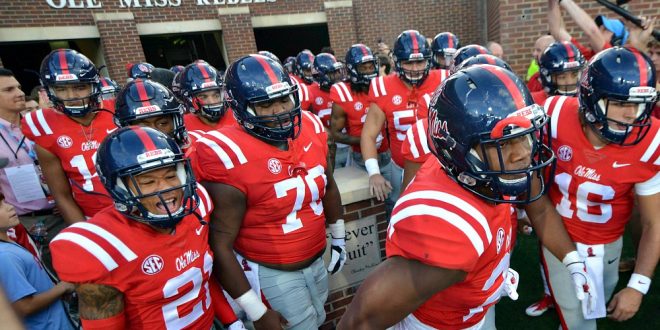 The Ole Miss Rebels take on the Louisiana- Monroe Warhawks this Saturday for their homecoming game in Vaught-Hemingway Stadium. Both teams are coming into this weekend’s game following a tough loss.

This will be the fourth time that the Rebels will be taking on the Warhawks in school history. Based on their last three meetings, the Rebels currently hold a flawless record against Louisiana-Monroe. In the past, ULM has been seen to severely struggle to play well against SEC conference teams. The most previous time that ULM beat an SEC team was in 2012 against no. 8 Arkansas. Their most recent loss was against Texas A&M 48-10 on September 15th.

The odds are in Ole Miss’ favor this weekend as they have won 19 of their last 20 homecoming games, and hold a perfect record against ULM. Although Ole Miss suffered a devastating 45-16 loss on Saturday, they’re hoping to get on a winning streak. Between the losses of Alabama and LSU, Ole Miss has allowed a worrying 107 points.

Ole Miss won’t be facing nearly as tough of a threat defensively this weekend, like they did with LSU on Saturday. ULM is on a three game losing streak going into this weekends game, with their most recent loss against the Georgia-State Panthers 46-14.

The Rebels have suffered many injuries to their defensive line this season, including the loss of defensive backs Montrell Custic, C.J. Moore and Jaylon Jones. Following these losses, Tylan Knight and Armani Linton have transitioned from running backs to defensive backs. The Rebels are focused on improving and playing really hard with these new changeovers.

Asked about the magic formula that turned around the season last year and using that at this point.

"There is no magic formula. It's just going to take hard work day in and day out." – @CoachMattLuke

ULM currently has a total offense average of 397.6 yards, averaging 21.2 points per game. Whereas Ole Miss is averaging 483.8 total yards, and has an average of 36.8 points per game. ULM quarterback Caleb Evans is leading the team with a total of 1,192 yards, 7 touchdowns and 6 interceptions. The Rebels Jordan Ta’amu has thrown 1,537 total yards, with 10 touchdowns and 4 interceptions this season.

Previous Miami Hosts Florida State in ACC Battle
Next SEC Preview: No. 8 Auburn travels to Starkville to take on MSU