Bucs look to get back on track vs. Browns

Ever since the Bucs started 2-0 and ‘Fitzmagic’ was alive and well, they’ve dropped three consecutive games and fired defensive coordinator Mike Smith over the past three weeks. They’ll look to get back on track this week in a home matchup against the Browns.

The Bucs defense has been arguably the worst in the league as they are giving up a league-high 439.8 yards per game and give up the most points per game at 34.6. According to Jenna Laine, the Bucs allocated $88 million in cap space to their defense. This was the sixth highest total in the NFL and they ranked last in defense. Following the loss to Atlanta in week six, Bucs head coach Dirk Koetter felt changes needed to be made.

“I thought it was important that both sides of the ball be able to go through the self-scouting process during the bye week, see if we could make some adjustments that would help us play better as a football team, but it just didn’t work out that way,” Koetter said. “This is a production business and we have to play better on defense.”

As the Bucs transition into new defensive coordinator Mark Duffner, one player the team will need to lean on is Jason Pierre-Paul who has five sacks on the season, just two away from the league leaders. JPP has been the lone defensive bright spot on this Bucs defense since the Giants traded him this past offseason.

Pierre-Paul showcased his leadership this past Sunday by rounding up his teammates on the sideline and went over the poor defensive performance the unit was having. Even with players who have been in that locker room much longer, Kwon Alexander, Lavonte David and Gerald McCoy, JPP thought it was he who needed to speak up.

Jameis Winston looked great in his first start of the season tossing for just under 400 yards and four touchdowns. He’ll have a tougher matchup against the Browns this week who have begun to look like a competitive team this season.

In order for the Bucs to have more success, Winston will need to do a better job getting the ball to his top receiver Mike Evans who was only targeted five times last week. In addition, the ground game will need to help Winston out as the Bucs average just 79.8 rush yards per game, which is ranked 31st in the league. 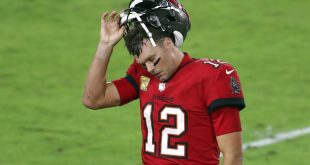 Thanks to a 31-14 loss to the Dallas Cowboys Monday night, the Tampa Bay Buccaneers’ …