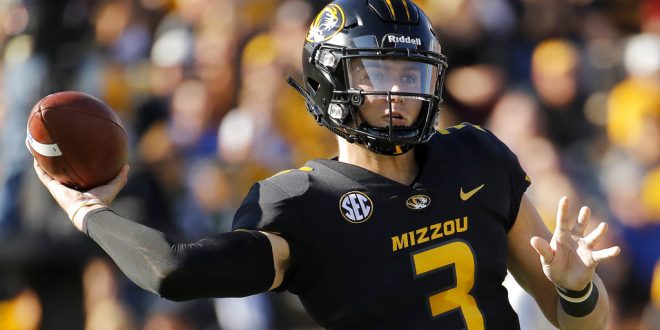 The Missouri Tigers football team is traveling to Gainesville to take on the No. 11 Florida Gators this Saturday. This SEC matchup will kick off at 4 p.m. ET in Ben Hill Griffin Stadium. Coverage of the game will be on SEC Network.

The Tigers destroyed the Gators 45-16 last year at home. This win was part of Missouri’s 6-game winning streak to close their regular season. This win was during a time when Florida’s football program was beginning to collapse. Florida had an interim head coach in place, Randy Shannon, after the firing of Jim McElwain, and Malik Zaire was the starting quarterback for the game.

One week prior to this game, the Gators were dominated by the Georgia Bulldogs, 42-7. Missouri is hoping history repeats itself this weekend. The Gators are currently coming off a 36-17 loss against Georgia.

However, with Dan Mullen as Florida’s head coach, the Gators look like a completely different team this season.

While preparing for this upcoming game, Mizzou head coach Barry Odom talked a lot about the Gators offense.

“Systematically, they’re doing a nice job on using the skill set of the guys that they got,” Odom said. “That’s your job as a coach, to find a what your guys can do and then go install it and put them in position to go play.”

But what Odom is most impressed with is Florida’s down field passing game, whether it’s their play action game or in the drop back.

The Tigers are coming off a 15-14 home loss against the No. 9 Kentucky Wildcats. Kentucky came back from a 14-3 deficit with 6 minutes left in the game. This loss marked Missouri’s fourth loss of the season. The Tigers have only had wins against UT Martin, Purdue, Wyoming, and Memphis so far this season.

We’ll see if the Gators’ defense can stop him on Saturday to preserve Tebow’s record.

Sydney is a senior studying telecommunications with a specialization in sports media at the University of Florida. She is a multimedia sports reporter for ESPN 98.1 FM/850 AM WRUF and WUFT-TV.
Previous Gators Growing Under Grantham
Next Biggest matchups heading into NFL Week 9