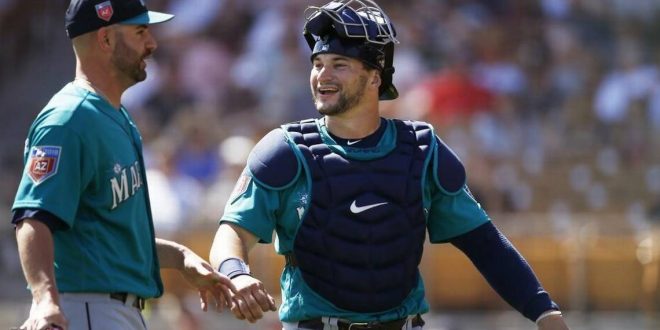 The Seattle Mariners and Tampa Bay Rays have agreed to a trade just a few short weeks after the conclusion of the season. Seattle is sending Mike Zunino, Guillermo Heredia and Michael Plassmeyer to Tampa Bay for Mallex Smith and Jake Fraley.

Source confirms #Rays are in agreement with #Mariners on Zunino trade, pending a medical review. Per @RyanDivish, deal is Zunino and Guillermo Heredia to Rays for Mallex Smith. TB had acquired Smith from SEA as part of Drew Smyly trade in Jan. 2017.

The key pieces in the trade are Zunino and Smith, both of whom played their college baseball in Gainesville.

Zunino played for the Gators from 2010-2012 and led the team to three straight College World Series appearances. He left college at the conclusion of his junior year after being selected with the 3rd overall pick in the 2012 MLB Draft by the Mariners.

Zunino has had a decent MLB career but has not lived up to lofty expectations. He is a subpar hitter with a .207 career batting average, but has elite power. He has hit 20 or more home runs in two straight seasons and has also hit double digit home runs in five straight years. Zunino is a natural catcher, but the Mariners utilized his power by occasionally using him as a designated hitter.

The former Gator is one of the elite defensive catchers in the game. He was recently named the 2018 Wilson Defensive Player of the Year at catcher.

Top catcher in MLB based on "a formula that combines traditional defensive stats with advanced metrics, as well as the data logged by the baseball experts working for the scouting service Inside Edge."

He spent time with the Padres and Atlanta Braves before being traded to the Rays in 2017. Smith had a career year in 2018 for the Rays. He batted .296 with 40 RBIs and 40 stolen bases, all of which are career highs. Smith will look to continue his MLB ascension in Seattle.