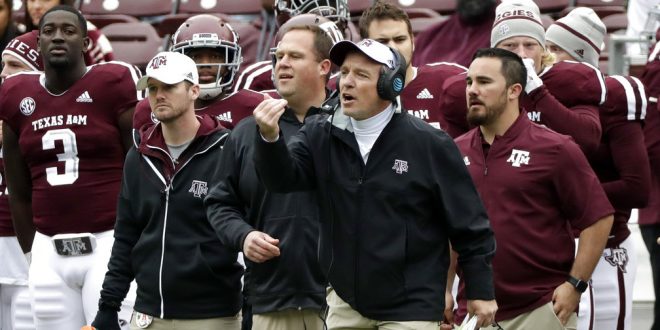 Fisher, Texas A&M have their hands full against No. 25 UAB

The 9-1 UAB Blazers have been one of the most surprising stories this season in college football.

Ranked at No. 25, this marks only the second time in program history that they have been ranked. The only other time it occurred was in the 2004 season.

UAB’s defense has been the driving force for them all season. The Blazers lead the nation in sacks with 38. Leading the charge for UAB on the defensive side is linebacker Tre’ Crawford. He is coming off winning the C-USA defensive player of the week after posting 3.0 sacks and 3.5 tackles for loss against Southern Miss last Saturday.

On the other side of the field, Texas A&M (6-4) will be hosting the Blazers this Saturday under head coach Jimbo Fisher. This is Fisher’s first year with Texas A&M after a successful eight year tenure at Florida State University. Fisher has noticed the transition from coaching in the ACC to the SEC and how much there is a difference coaching in the SEC.

All Hands on Deck

Fisher is fully aware of how dominant UAB has been this season. His offensive line will need to be on top of their game against UAB’s front four.

Protecting the quarterback is a priority as well for Fisher since UAB has the size and length to shut down an offense for the entire game. The Blazers have shut out three teams this season.

Don’t Sleep on the Offense

All season long the talk about UAB has been about their defense. What gets overlooked on their offense is sophomore running back Spencer Brown.

After his freshman season, Brown was named Conference USA Freshman of the Year. With the season not even over yet,  Brown has rushed for a school record 14 touchdowns which is also fifth best in the nation.

The game will take place at Kyle Field and kickoff is at 7 p.m. Broadcast of the game starts at 6 p.m. on ESPN 2.