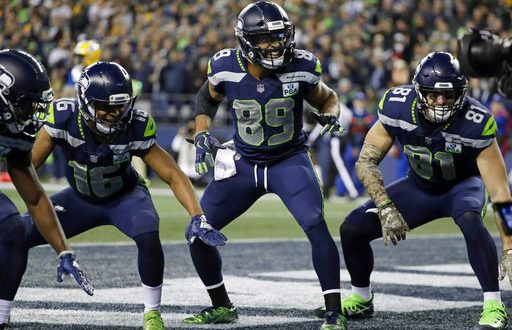 A lot of back and forth scoring between the Green Bay Packers and the Seattle Seahawks made for an exciting game, but the Packers fell to the Seahawks in the end. Seattle stays alive for another week in the hunt for an NFC playoff spot.

The Seahawks didn’t have the best start to their game, but clutch plays in the final quarter locked in a nice win for Seattle, especially after two consecutive losses to the Chargers (25-17) and the Rams (36-31), respectively.

QB Russell Wilson went 21-31 for 225 yards and two touchdowns. A scoreless third quarter left the Seahawks in a do or die position in the fourth quarter. Wilson responded with a 15-yard touchdown pass to tight end Ed Dickson with around five minutes left on the clock.

RB Chris Carson had 17 carries for 83 yards and one touchdown, another key element to Seattle breaking their two-game losing streak. Despite the Packers’ strong start, they were not able to return a touchdown in the end, giving Seattle the win.

Green Bay has had a lot of ups and downs this season.

Being 4-5-1 on the season, the Packers have yet to clinch a win when playing away. Their defense started strong, forcing a fumble and turnover on the first play of the game that resulted in a Green Bay touchdown.

QB Aaron Rodgers had a huge night, going 21-30 for 332 yards and two touchdowns. But, after a scoreless third quarter, the Packers struggled to move the ball offensively, only scoring one field goal during the whole second half.

Rodgers touches on how his team has struggled, but how they will have to continue to push if they want a spot in the NFC playoff.

Up next, the Packers will take on the Minnesota Vikings on Nov. 25 at 8:20 p.m., another away game against a dominant team.

For the Seahawks, Seattle will play the Carolina Panthers on Nov. 25 at 1 p.m.

3rd-year Telecommunications student at the University of Florida. Also a member of the Women's Track and Field team.
Previous Gator Football Preview: Gators looking to close home-schedule with strong Senior Day
Next Santa Fe High School is Hosting Dunnellon in the Second Round of the Playoffs