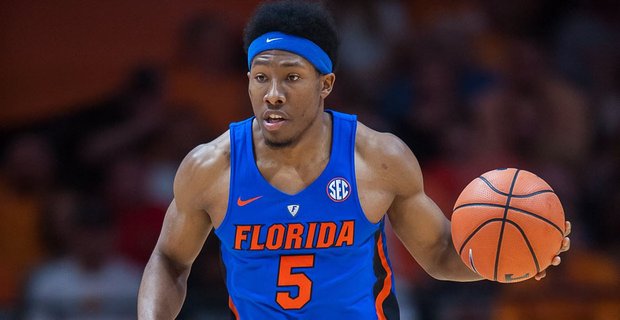 It was a frustrating opening game in the Battle 4 Atlantis tournament for the Florida Gators as they fell to the Oklahoma Sooners 65-60.

Florida didn’t do much to suppress the talk of their offensive struggles as they shot 39% from the field.

Florida’s shooting woes followed them from Gainesville to the Bahamas.

The Gators struggled shooting but what may have lost them the game was their free throw shooting. UF only made 3 of 11 (27%) free throw attempts.

What may frustrate head coach Mike White the most is that this game was very winnable. Oklahoma didn’t necessarily shoot the lights out as they shot 39% just like Florida. Going into the contest, the Sooners had a notable size advantage due to big men Isiah Stokes and Gorjok Gak both out with sore knees. Oklahoma benefitted from the size advantage as they out-rebounded the Gators 48 to 34.

In order to win games like these, teams need their veteran guys to step up and make shots when the offense isn’t clicking. Jalen Hudson struggled to do so as he only scored four points on eight shots.

Oklahoma improves to 4-0 while the Gators drop to 2-2. pic.twitter.com/JUJFX3hLQ3

Even though Florida didn’t get the result that they wanted, there were some bright spots against Oklahoma.

Dontay Bassett was splendid off the bench today, scoring 14 points on 6 of 8 shooting. Noah Locke was also effective in helping a struggling starting five as he scored nine points on 3 of 6 shooting from the three-point line. Locke is solidifying himself as the best three point shooter on the team.

Overall the bench scored almost half of the Gators points with 26. It is a positive sign that the bench is capable of stepping up when the starting unit is struggling.

With the loss, Florida drops to 2-2 on the year. The Gators wont have much time to dwell on the loss as they are right back  on the court tomorrow when they play the winner of the Stanford-Wisconsin game.

The game is scheduled to begin at 7 pm and can be seen on ESPN or ESPN 2 or ESPN U.