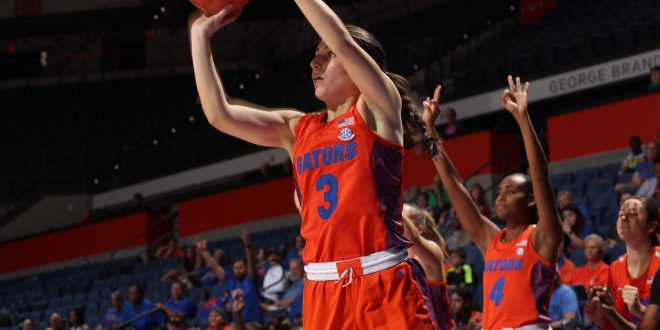 The Florida women’s basketball team looks to score its second win of the season tonight as they host the Bethune-Cookman Wildcats.

Florida struggled all season to get a win, but finally got their gears grinding in their last game against Texas Tech as the Gators notched their first win after starting the season with six defeats.

Everybody on this Florida team contributed to the first win of the season, but the freshmen produced a special spark. Florida had three freshman players step up dramatically in the win scoring 30 of the 72 points against Texas Tech.

Freshman Ariel Johnson came off the bench and scored a career-high 14 points for her team. This California native was asked if her confidence has grown after her incredible performance in the last game.

“My confidence has always been there. Points really don’t matter as long as I can lead my team to win,” she said.

The Gators scored a season-high 14 three-pointers in their last victory and look to carry this momentum into tonight’s game.

Not only did the Gators find an offensive spark in their last win, but they also produced a defensive force as well. Zada Williams and Delicia Washington both had a double-digit rebounding games.

With this same type of offensive and defensive presence, the Gators look for their second win of the season against the Bethune-Cookman Wildcats.

Unlike the Gators, who have only seen one win this season, the Wildcats come into this game with a 4-2 winning record. Florida coach Cam Newbauer knows not to take this team lightly.

“The athleticism of Bethune-Cookman makes them dangerous, you gotta be smart and play great team defense. If you don’t you’re going to get yourself in trouble.”

The game will begin tonight at 7 pm in the O’Connell Center.