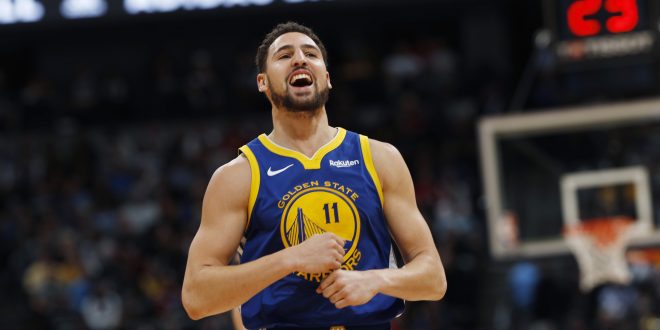 Golden State seems to be on a roll.

Golden State started the season red-hot. A 10-1 record through the first 11 games showed the rest of the league it was business as usual for the defending champs.

Then they hit a rough patch. Star point guard Steph Curry strained a groin muscle in a 134-111 road loss to the Bucks on Nov. 8.

The Warriors then had a 5-8 stretch in the wake of it including four straight from Nov. 15 to Nov. 21. They failed to score 100 points in three of those games after starting the season averaging over 120 to start the season.

Curry came back and the Warriors still had their struggles. Every set of two wins was followed by a loss or even two.

It wasn’t until an overtime loss to the Trail Blazers on Dec. 27 that they picked up.

They faced Portland the next night and beat them by 10 on the road. Golden State hasn’t scored less than 115 points in any game since.

The Warriors have won six straight since Jan. 5. They are averaging over 130 points in that span.

Ever since James Harden beat Golden State in OT with that crazy 3, Warriors have won 6 in a row with Steph & KD combining for 70-plus in 3 of those wins, Klay going for 43 in another & Draymond is looking like himself again. Back in 1st in the West, they welcome Boogie. Yikes

Klay Thompson had a stretch during the month of December averaging less than 15 points per game. He is now coming back into his own at over 26 over Golden State’s current win streak.

“We’ve lost enough early on,” Green said after the game. “We have to make up for some of those games we lost earlier.”

The Warriors could only get better with a new addition coming to the starting lineup.

DeMarcus Cousins is expected to make his season debut on Friday, Jan. 18. He signed with Golden State in the offseason and was sidelined while recovering from an achilles  surgery suffered during the 2017-2018 season.

“All hell is about to break loose,” Green said about Cousins’s return.